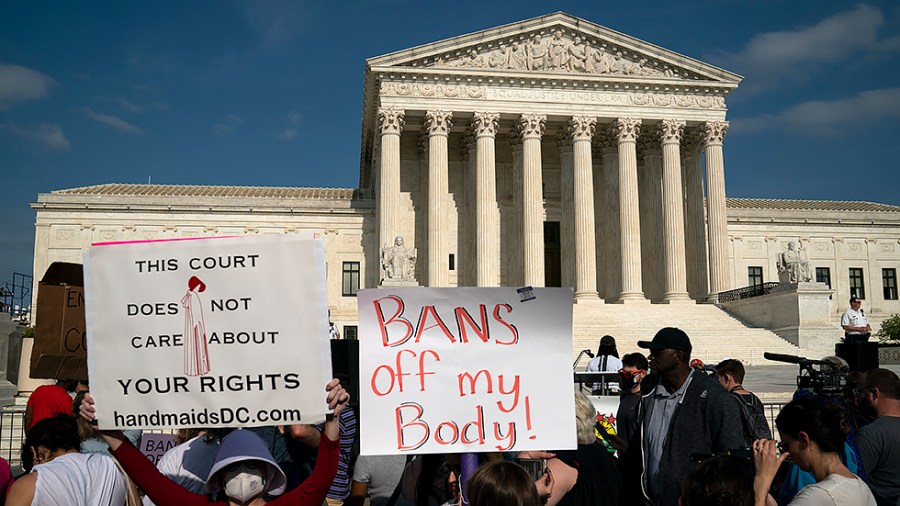 Well over half of the Americans questioned in a new poll released one day after a bombshell leak showed the Supreme Court is poised to overturn Roe v. Wade said they hope justices support abortion rights in the U.S.

The poll out Wednesday from Morning Consult and Politico found that 57 percent of respondents said they hope the high court supports abortion rights compared to 28 percent who hope the justices oppose them and 15 percent that said they do not know or have no opinion.

More generally, 56 percent of respondents said they believe abortion should be legal in “most” or “all cases” while 35 percent said it should be illegal in most or all cases.

In terms of their response to the news about the Supreme Court potentially overturning Roe v. Wade, 45 percent of participants said that they would “strongly” or “somewhat” support donating money to provide aid to women seeking abortions.


GOP targets DHS disinformation board and its leader

The poll included a sample of 1,955 registered voters and has a margin of error of 2 percentage points. It was conducted on May 3.

It comes after Politico reported that the Supreme Court had drafted an opinion, written by Justice Samuel Alito, that would overturn Roe vs. Wade, the landmark case that established the right to an abortion.

The opinion was in response to the court’s consideration of a case regarding a ban in Mississippi on virtually all abortions after 15 weeks of pregnancy.