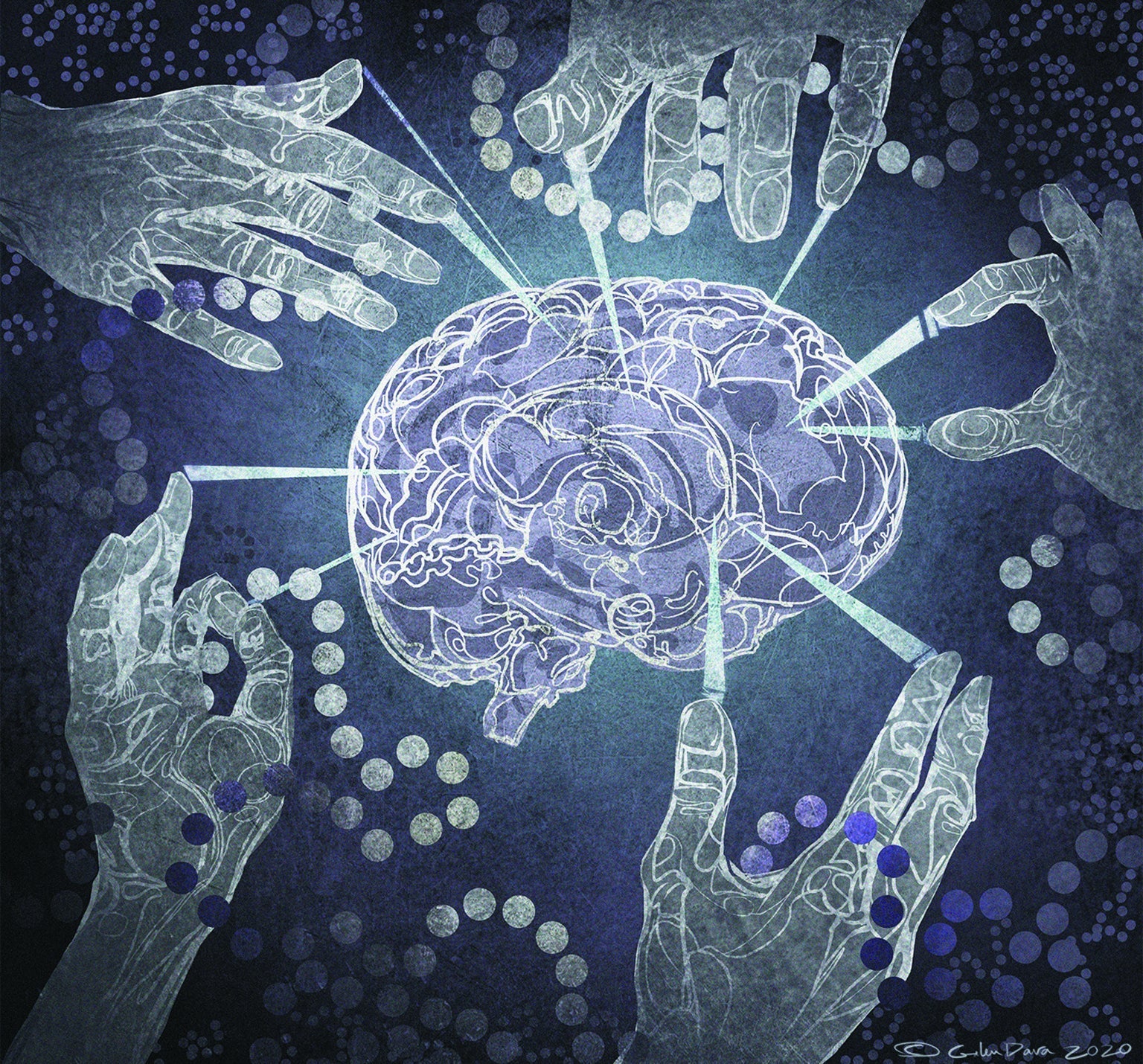 In March 2019 biotechnology giant Biogen stopped two big trials of its experimental Alzheimer’s disease drug aducanumab because it did not appear to improve memory in declining patients. Then, in a surprise reversal several months later, the company and its partner, Japanese drugmaker Eisai, said they would ask the U.S. Food and Drug Administration to approve the treatment. A new analysis, Biogen said, showed that a subset of people on the highest doses in one trial did benefit from the compound, which dissolves clumps of a protein called beta-amyloid within the brain.

The back-and-forth decisions, along with the failure of a slew of other amyloid-clearing compounds, have left experts divided about whether treating amyloid buildup—long thought to be the best target for an Alzheimer’s therapy—is still a promising approach.

Some of the scientists rethinking the so-called amyloid hypothesis helped to generate it in the first place. “I would say it has legs, but it’s limping,” says geneticist John Hardy, who co-authored the genetic studies that pioneered the idea more than two decades ago. According to Hardy, who runs a molecular neuroscience program at University College London’s Institute of Neurology, “the [concept] we drew in 1998 is cartoonishly oversimplistic. There were lots of question marks. We thought those questions would be filled in within a couple of years. And yet 20 years later they are not filled in.” Other experts, though, still contend that the amyloid hypothesis is a strong explanation and that treatments targeting the protein are the right way to go.

Beta-amyloid forms when amyloid precursor protein (APP) is chopped up by the enzymes beta-secretase and gamma-secretase. The beta-amyloid fragments are normally broken down further. But in people with Alzheimer’s, beta-amyloid accumulates around neurons. In addition, tangles of another protein, tau, form within neurons. These changes are ultimately followed by cell death and brain degeneration, which prompted suspicions that beta-amyloid was a cause. And people with a particular genetic form of Alzheimer’s have mutations in one of three genes that code for APP and two components of gamma-secretase called presenilins. Their brain cells have trouble getting rid of beta-amyloid. Further evidence about amyloid came from individuals with Down syndrome, who have an extra copy of chromosome 21—which carries the gene for APP—and thus make more of the protein. These individuals also have a high risk of developing dementia by age 50. Such discoveries led scientists to infer that a faulty amyloid-clearing mechanism was to blame in the disease.

But the numerous drug failures have led some to reconsider the effectiveness of aiming therapies solely at amyloid. Beta-amyloid often accumulates for years before symptoms start, and not everyone who has this pathology goes on to develop the disease. In February two amyloid-targeting drugs, Eli Lilly’s solanezumab and Roche’s gantenerumab, failed in a clinical trial for an early-onset, genetic form of the disease thought to be directly tied to amyloid metabolism.

A convergence of research, including work from the Alzheimer’s Disease Cooperative Study, supported by the U.S. National Institute on Aging, suggests that amyloid buildup is just one part of a complex cascade of interactions. “Our experiences with a variety of interventions targeting amyloid clearly have brought us to [this] point,” says Howard Feldman, director of the cooperative study, which is a consortium of academic and government laboratories that conducts clinical trials of Alzheimer’s treatments. “It seems very difficult that a single amyloid intervention is going to stem the tide of the disease.” Although the hypothesis may be a good explanation for the early-onset, genetically driven forms of the disease, the late-onset form probably involves multiple problems, so approaches aimed only at amyloid are unlikely to work, says Feldman, who is also a professor and clinical neurologist at the University of California, San Diego.

Some researchers, such as Karen Duff of Columbia University, favor the idea that tau protein tangles play a part that is as big as or bigger than that of beta-amyloid. One reason is that the degree of tau pathology more closely correlates with the seriousness of cognitive symptoms than amyloid pathology does.

Other scientists think inflammation or defects in the blood-brain barrier may play a critical role. But drugs targeting tau and inflammation have so far been ineffective, Feldman notes. He believes that a combination of interventions might be the best approach: “A single intervention may never be sufficient, outside of genetic [early-onset] forms of disease.”

There are other ideas as well. In recent years Hardy and his colleagues have come to view late-onset Alzheimer’s and other neurodegenerative diseases as the result of a faulty damage response. They believe that the early accumulation of beta-amyloid might damage neuronal cell membranes, and if immune cells called microglia fail to remove these damaged membrane proteins, it could prevent the cell membranes from adequately clearing more amyloid—spurring a cycle of damage. Recent genome-sequencing studies support this idea, Hardy says: the majority of genes identified as risk factors in late-onset Alzheimer’s involve microglial metabolism; others encode proteins that help to build and repair cell membranes.

Some scientists still believe that amyloid has a primary role because of several studies linking its aggregation to the seriousness of symptoms. “In my view, the hypothesis is very much alive and well,” says David Holtzman, chair of neurology at the Washington University School of Medicine in St. Louis. “There’s no question that science says beta-amyloid is important in the disease. The question is, When can it serve as a treatment?”

Hardy, though more skeptical than he was decades ago, thinks that the hypothesis has strong data behind it, and he believes that amyloid drugs might yield poor results because they are given far too late in the disease’s progression. “If I was having a heart attack, a statin might be the right drug, but it’s too late,” he says. Clinicians may eventually be able to measure genetic, blood or spinal fluid biomarkers to predict who is at risk of developing Alzheimer’s, which would make it possible to treat them before they develop symptoms.

Others say amyloid’s real importance might be as one of those biomarkers. “I think amyloid is a critically important marker to understand risk and how early we can diagnose disease,” says Denise Park, chair in behavioral and brain sciences at the University of Texas at Dallas, who studies brain aging. “I don’t think there’s anything right now that is better.”

Going forward, it seems unlikely that the field will abandon the amyloid hypothesis. But scientists do seem, after a long time, poised to take a broader view of other processes at work in this destroyer of minds and memories.