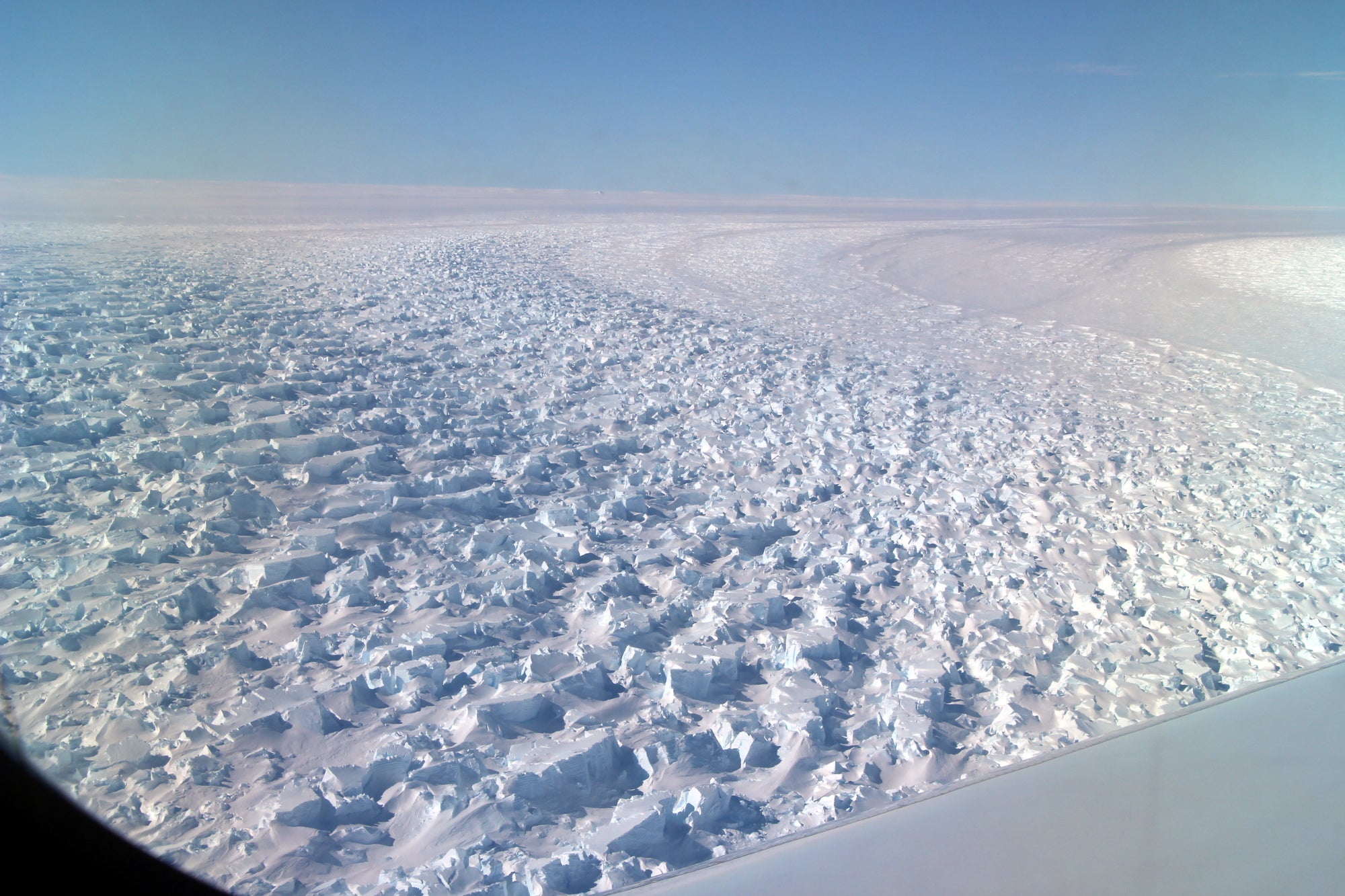 Scientists have identified another Antarctic glacier that could be more vulnerable to climate change than previously suspected.

Denman Glacier in East Antarctica has largely flown under the radar until now. Much of the focus at the South Pole has centered on rapidly melting glaciers in West Antarctica, where the rate of ice loss is the highest.

The enormous Thwaites Glacier, for instance—which is currently pouring around 50 billion tons of ice into the ocean each year—is the subject of an ongoing, multiyear international research project spearheaded by U.S. and British science agencies.

There’s been increased focus on East Antarctica, though, as recent mapping projects have revealed that the region may not be as stable as scientists previously suspected. And Denman Glacier may be a major point of vulnerability, a new study suggests.

The research, led by glacier expert Virginia Brancato of NASA’s Jet Propulsion Laboratory, suggests that Denman has retreated by about 3 miles over the last 22 years. It’s lost around 268 billion tons of ice in that time.

What’s more, the authors note, Denman rests on top of a unique, steeply sloping terrain. It’s just the kind of setup that could lead to faster and faster ice loss if the glacier continues to melt—potentially resulting in irreversible retreat.

That could be a threat to people living in coastal areas all over the world. If Denman were to collapse, it could raise global sea levels by nearly 5 feet.

Denman Glacier first came into the public focus a few months ago, when a new mapping project revealed surprising insight about the bedrock beneath it. The glacier rests atop an enormous chasm more than 2 miles deep. It’s the deepest land-based canyon on Earth.

The study published this week in Geophysical Research Letters expands on that finding.

Relying mainly on satellite data, the researchers observed changes in the glacier’s “grounding line” over time—that’s the point where the ice physically connects to the bedrock before it juts into the sea. As a glacier melts and destabilizes, pouring ice into the ocean, its grounding line tends to slide farther inland.

The study revealed that Denman’s ice loss has been accelerating since the 1970s. The part of the glacier that’s melting fastest—the ice shelf, or the part that juts into the ocean—is losing close to 150 feet of ice a year.

A melt rate that high could probably only be caused by unusually warm ocean water, the researchers said, with temperatures at least a few degrees above freezing. Recent measurements around this part of Antarctica have suggested that this is, indeed, the case.

What’s likely happening is that these warm waters are seeping beneath the ice shelf and helping to melt the glacier from the bottom up. Scientists have observed the same process in parts of rapidly melting West Antarctica.

At Denman it poses a greater danger than in other places. The ground beneath Denman has an unusually steep slope. And on the western side of the glacier, in particular, it’s not broken up by ridges or other physical characteristics that might stop the ice from sliding backward.

As a result, the glacier may have an above-average risk of unstoppable retreat once the ice really gets moving.

That risk likely depends on how far the warm water manages to creep beneath the glacier and how quickly the glacier melts in response, the researchers said. And that’s a question they haven’t answered yet. The new study reveals how much ice Denman is losing but not exactly how the water is interacting with the ice or how those interactions might change in the future.

But the study does flag Denman as a previously overlooked threat to global sea-level rise—one that should be closely monitored in the coming years. And it reaffirms scientists’ growing perspective that East Antarctica is more vulnerable than they used to believe.

“We conclude that the potential exists for a rapid retreat along the Denman trough in the future,” the researchers write. “These observations challenge the view of glacier stability in East Antarctica.”