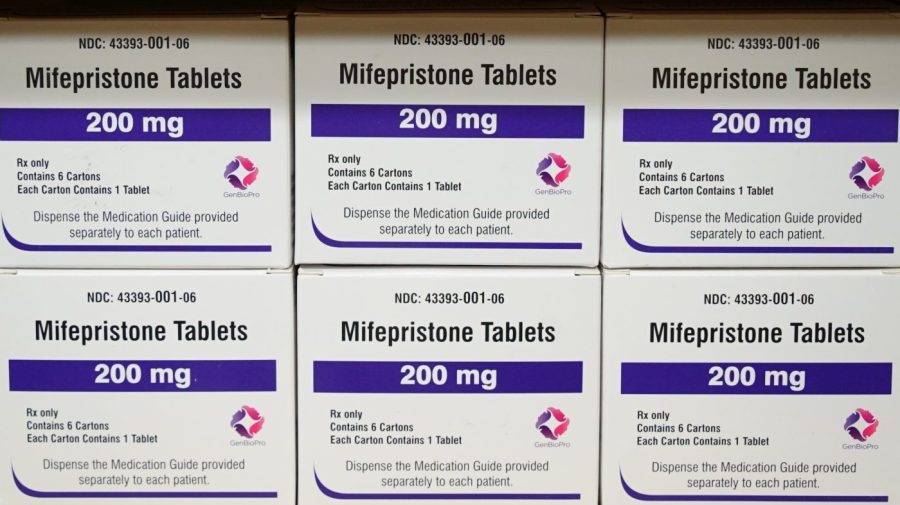 President Biden will issue a presidential memorandum that will further protect access to medication abortion by ensuring doctors can prescribe and dispense it across the United States to mark 50 years since the Supreme Court’s Roe v. Wade decision.

Vice President Harris will announce the memorandum on Sunday in remarks in Florida for the anniversary.

“Members of our Cabinet and our Administration are now directed to identify barriers to access and recommend actions to make sure that: doctors can legally prescribe, doctors can dispense, and women can secure safe and effective medication,” Harris will say, according to speech excerpts.

The memorandum will direct the secretary of Health and Human Services, along with the attorney general and the secretary of Homeland Security, to consider new guidance to support patients, providers and pharmacies that want to access, prescribe or provide mifepristone legally.

Mifepristone, which is a Food and Drug Administration-approved drug used in medication abortion, has become an increasingly common method for ending pregnancies, especially in the wake of the Supreme Court overturning Roe v. Wade. It accounts for more than half of all abortions in the country.

The memorandum will also ensure patients know their right to access reproductive health care, including medication abortion from a pharmacy.

Earlier this month, the Food and Drug Administration (FDA) said it will allow U.S. retail pharmacies to offer abortion pills directly to patients with a prescription in states where abortion is legal. Medication abortion has been available in the U.S. since 2000, when the FDA approved the use of mifepristone, but many states with strict abortion bans also limit the availability of mifepristone, either through restrictions on who can prescribe and dispense the pill or outright bans.

Harris’s speech on Sunday will focus on the next steps the administration will take to fight for reproductive rights, according to a fact sheet from her office. She is set to call out Republicans for actions to restrict abortion access, including Republicans in Congress who have called for a national ban on abortions.

“The right of every woman in every state in the country to make decisions about her own body is on the line. Republicans in Congress are now calling for an abortion ban at the moment of conception nationwide. How dare they?” Harris is expected to say.