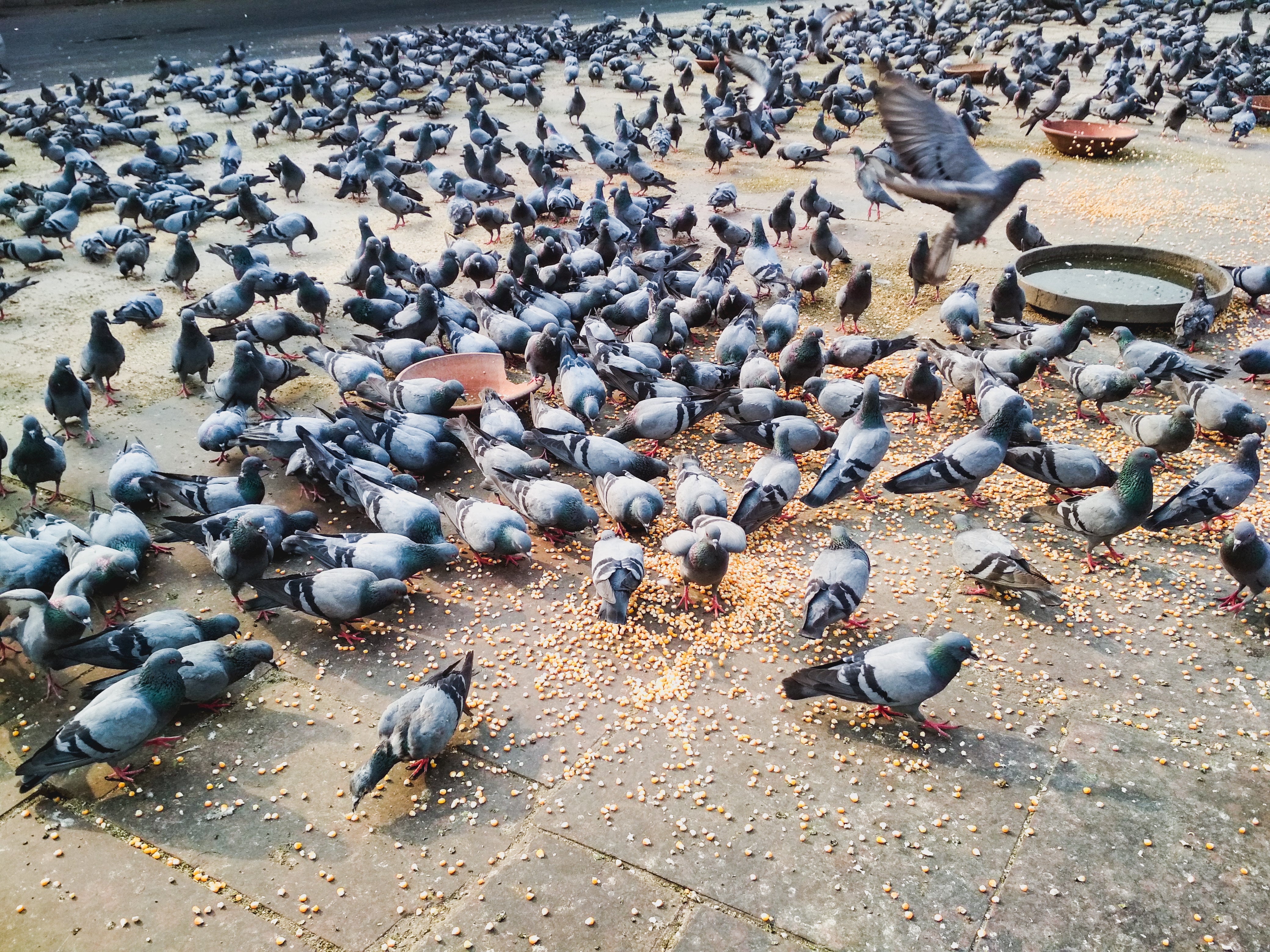 As long as humans have been building cities, wildlife has been fleeing from them. After all, cities are noisy, crowded, and dangerous for animals. Including many birds. But we know that some birds do very well in urban areas.

“So in many cities we have pigeons or doves, any kind of crow species.”

University of Gothenburg biologist Ferran Sayol. He and his colleagues are interested in why some birds thrive in urban environments. They suspected that having a large brain in relation to overall body size could be an advantage.

“Having a big brain give you more behavioral flexibility. So for instance, in cities, maybe these big-brained species are better able to identify opportunities for finding food. Also to identify dangers in the city.”

Sayol and his colleagues analyzed the relative brain sizes of 629 bird species from 27 cities around the world, as well as their tolerance for urban life. They found that birds that flourish in cities come in two extremes: they’re either big-brained but produce few offspring over their lifetime, or they’re small-brained and super fertile.

“So then this means that we have these two opposing strategies. So for species that have a low frequency of reproduction, if they have a large brain, they are good urban dwellers. Or you have a small brain, but you reproduce frequently. For example, pigeons, if they start breeding and if they lose these eggs, then they can start to breed again almost immediately. It’s like spreading the risk. So if you lose one, it’s not a big deal.”

Sayol says that both of these extreme examples of what are technically known as life history strategies tend to be uncommon in nature.

“When we go to the city we start to see that the few species that have these strategies become more and more abundant.”

Meanwhile, in natural habitats, the vast majority of birds have average-sized brains.

“The ones that have average brains, they are less and less abundant in cities.”

The study is in the journal Frontiers in Ecology and Evolution. [Ferran Sayol, et al., Brain size and life-history interact to predict urban tolerance in birds]

Understanding how brain size, behavioral flexibility, and life history traits interact can help researchers predict how species will respond to a rapidly urbanizing planet. Where survival can mean taking it to the extremes.