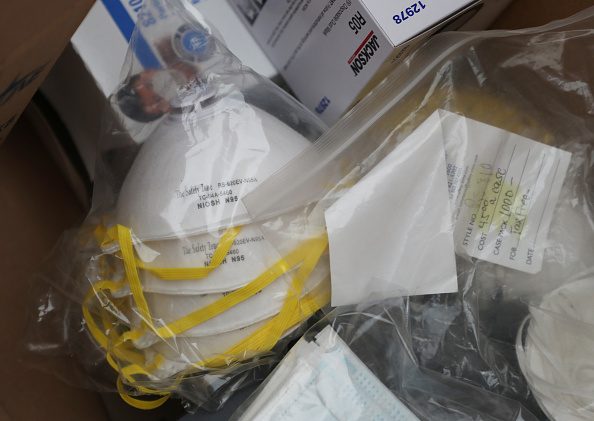 After many weeks of bleak news related to the Covid-19 pandemic, it’s been heartening to see stories of volunteers working to make and collect protective equipment for healthcare workers. In Louisiana, Ochsner Health CEO Warner Thomas said the hospital system had been working with a local distillery to produce hand sanitizer and had developed a prototype that is now being used to manufacture face shields.

Hospitals in other states have taken similar measures, with medical students putting together 50,000 kits with face shields, surgical masks and hand sanitizer for Johns Hopkins clinicians.

But even with these efforts, hospitals still need many, many more masks, as local governments struggle to purchase needed protective equipment.

“We get some from the state in the past few days which is helpful,” Thomas said in a press briefing on Thursday. “We’re sourcing from everywhere. Every vendor we can find.”

FEMA documents released Thursday by the House Committee on Oversight and Reform showed that for requests in Delaware, D.C., Maryland, Pennsylvania, Virginia and West Virginia, FEMA had provided just a small fraction of the equipment. For example, of 5.2 million total requested N95 masks, they had received only 445,000. Of 194 million requested pairs of gloves, they had only received 991,000.

With the hashtag circulating #GetMePPE, hundreds of healthcare workers are begging for more PPE, while sharing the lengths they are taking to protect themselves while short on equipment. Some shared the bags they used to store and reuse their face shields and N95 masks after reusing them several times over. Another photo circulated of an ER nurse wearing swim goggles.

Why is PPE so hard to obtain? Pricing is a big factor. Brokers of protective equipment have driven up the prices as states bid for equipment. New York Governor Andrew Cuomo’s office said N95 masks, which normally cell for just 58 cents each, are now selling for $7.50, according to Bloomberg. Several masks are still being purchased by foreign buyers.

Here are some of the efforts underway to make more masks available: