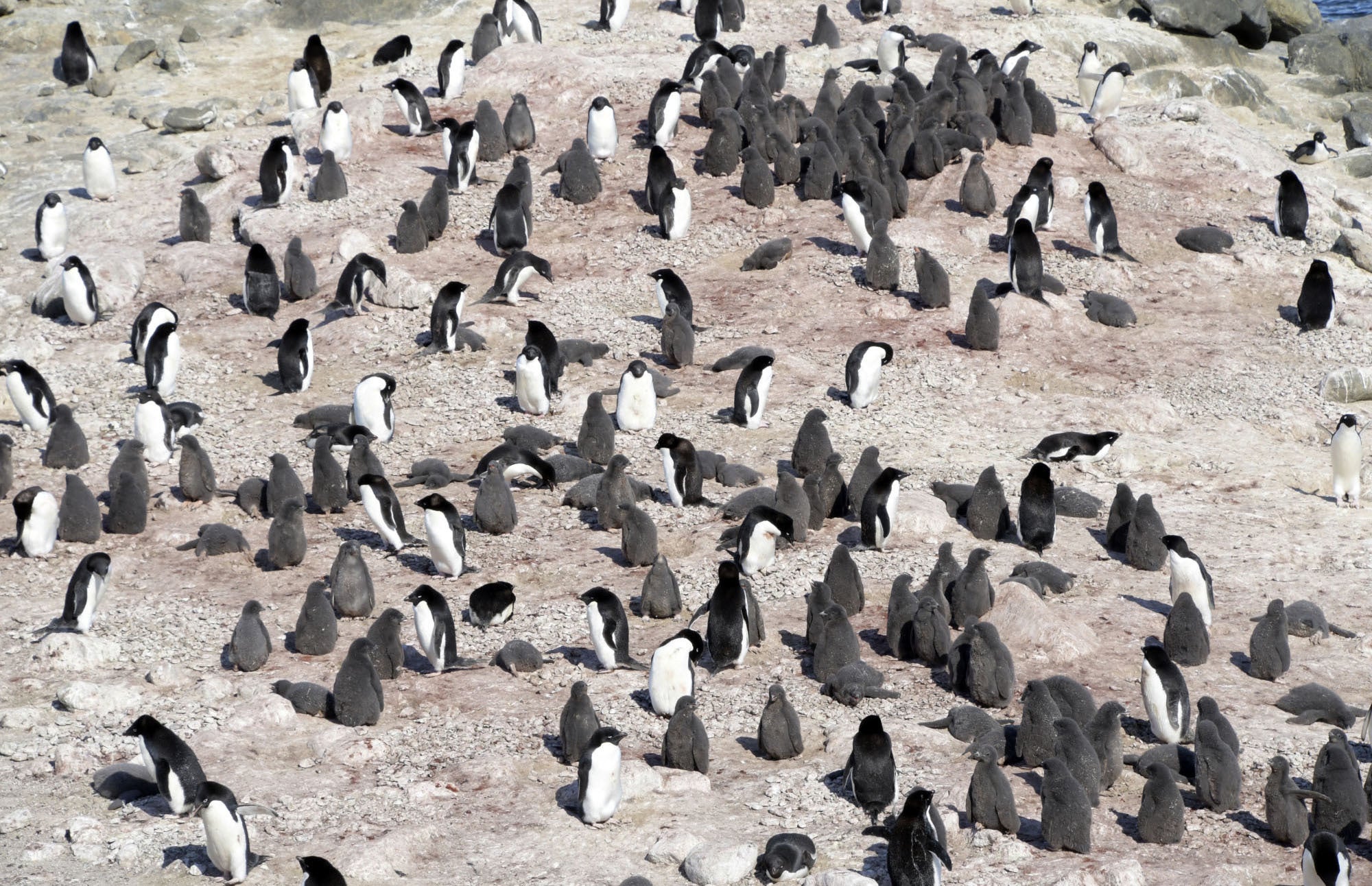 There are at least two bright spots in these strange times: Telescopes are still studying distant galaxies and penguins are still pooping across Antarctica. In both cases, if you’re looking for new ways to pass the time while you stay home, you can help out scientists studying these phenomena.

Citizen science is nothing new, but it’s a particularly appealing option as the spreading coronavirus prompts containment measures around the world. So if you’d like to take your mind off current events for a while, consider chipping in on a research project.

“I think where we can tap into people’s enthusiasm through their computer, that kind of captures the zeitgeist of coronavirus: what can we do when we’re all trapped at home,” Heather Lynch, a statistical ecologist at Stony Brook University in New York, told Space.com.

Lynch is affiliated with two different citizen-science projects aimed at better understanding penguins, which, listen, we know are not in space. One of those projects, called Penguin Watch and accessible here, enlists people to identify the birds in photographs taken automatically near their colonies. But the other relies on satellite imagery to identify such colonies.

Penguins are so, hmm, productive, that biologists find the birds by combing through satellite imagery looking for swaths of their poop, which scientists call guano. “So we can map out how much area is covered in guano, and that gives us a really good estimate of how many penguins were actually at the colony at that particular location,” Lynch said.

Such estimates are valuable data that’s otherwise difficult to acquire, she said. “Even though penguins are the most charismatic and maybe the most obvious wildlife to survey in Antarctica, until recently, we knew relatively little about how many penguins there were in Antarctica and how their abundance was distributed because surveying Antarctica is so difficult.”

That’s where the satellites come into play. Lynch and her colleagues use data gathered by a few different types of orbital systems. Commercial satellites offer data that is quite detailed, NASA’s Landsat program offers a 40-year perspective on penguin activities and Google Earth pulls in publicly accessible satellite data that citizen scientists can comb through.

It’s that data that supports Lynch’s Mapping Application for Penguin Populations and Projected Dynamics project. The main goal of the initiative is to provide Antarctic policymakers with more comprehensive data about penguin populations in one place. But the scientists need help locating all those birds, and for that, they enlist what they call penguin detectives.

“The citizen science part of this comes in because there’s just so much of Antarctica,” Lynch said. “The way that we find penguin colonies is by and large through manual searching of imagery: image after image, foot by foot, scanning the coastline for evidence of penguin guano.”

And the uncooperative buggers sometimes relocate without bothering to tell the scientists looking for them. “Every time we think that we’ve found all the penguin colonies,” Lynch said, “we soon discover that we find more, or that new colonies are being established over time, because of climate change, for example.”

And maintaining an accurate map of penguin colonies is crucial if humans want to enact policies that keep the tuxedoed birds safe. For example, Lynch and her colleagues surveying Landsat imagery spotted some colonies of Adelie penguins on what’s called the Danger Island archipelago.

When they visited the area to follow up on those observations, they found more penguins than they had ever imagined, even though they thought they’d found all the Adelie colonies in Antarctica. “In fact, these were some of the biggest Adelie penguins colonies in the world,” Lynch said. “It was this sort of undiscovered hotspot of Adelie penguins.”

That discovery has been passed along to policymakers who are deciding where to draw the borders of a marine protected area in the region. “It was exactly that kind of impact that we want to have,” Lynch said.

But if penguin poop, even penguin poop from space, doesn’t sound like your thing, here’s an alternative: check out some weird-looking galaxies. You can do that through another citizen-science project, called Galaxy Zoo.

The program has been around for more than a decade, enlisting volunteers to classify the shapes of galaxies. That’s the sort of task that anyone can do. “You don’t even need to know what a galaxy is,” Chris Lintott, an astrophysicist at the University of Oxford, told Space.com. And although the shape isn’t difficult to determine, it is valuable information to have.

“The shape of a galaxy tells you about its history: it tells you about when it accreted material, when it collided with other galaxies, when it formed stars and all sorts of other things,” Lintott said. “But astronomers are quite good at getting images of galaxies and less good at sorting through the data.” Hence, turning to the public. After a brief training session, volunteers are turned loose on the scientists’ supply of images.

“We don’t need people to spend hours contemplating a particular system unless they want to, just a guess and you get another galaxy,” Lintott said. “Many people describe it as a bit like eating a packet of chips. You take one, you take another, you take another, and you can surf your way through the universe that way.”

And recently, the project instituted a new twist that ensures things stay interesting. Although the Galaxy Zoo project was born of the premise that humans were better at classifying galaxies than computers, 12 years has changed the game a bit. Now, the project has added an algorithm, which takes care of the galaxies that are easiest to classify and saves the stranger ones for participants.

Identifications made by Galaxy Zoo volunteers have recently allowed scientists to determine that black holes at the center of galaxies grow steadily, not through collisions of the structures around them.

Having humans involved in the process is valuable, Lintott said, because of their willingness to notice things an algorithm might not. “People get distracted, and they’re distracted along the way by the unexpected and the unusual,” Lintott said. “We’ve found new types of galaxy and new sorts of things in the sky because somebody who was taking part in the project did a very human thing and just said, ’This is unusual. I don’t know what this is.’”

And because the program pulls data automatically from observatory programs, bringing fresh images to the site, there’s always something new to see. “You might well be the first person ever to see that galaxy,” Lintott said. “Just by logging onto the website, you can literally see something that no one has ever seen before.”

Copyright 2020 Space.com, a Future company. All rights reserved. This material may not be published, broadcast, rewritten or redistributed.