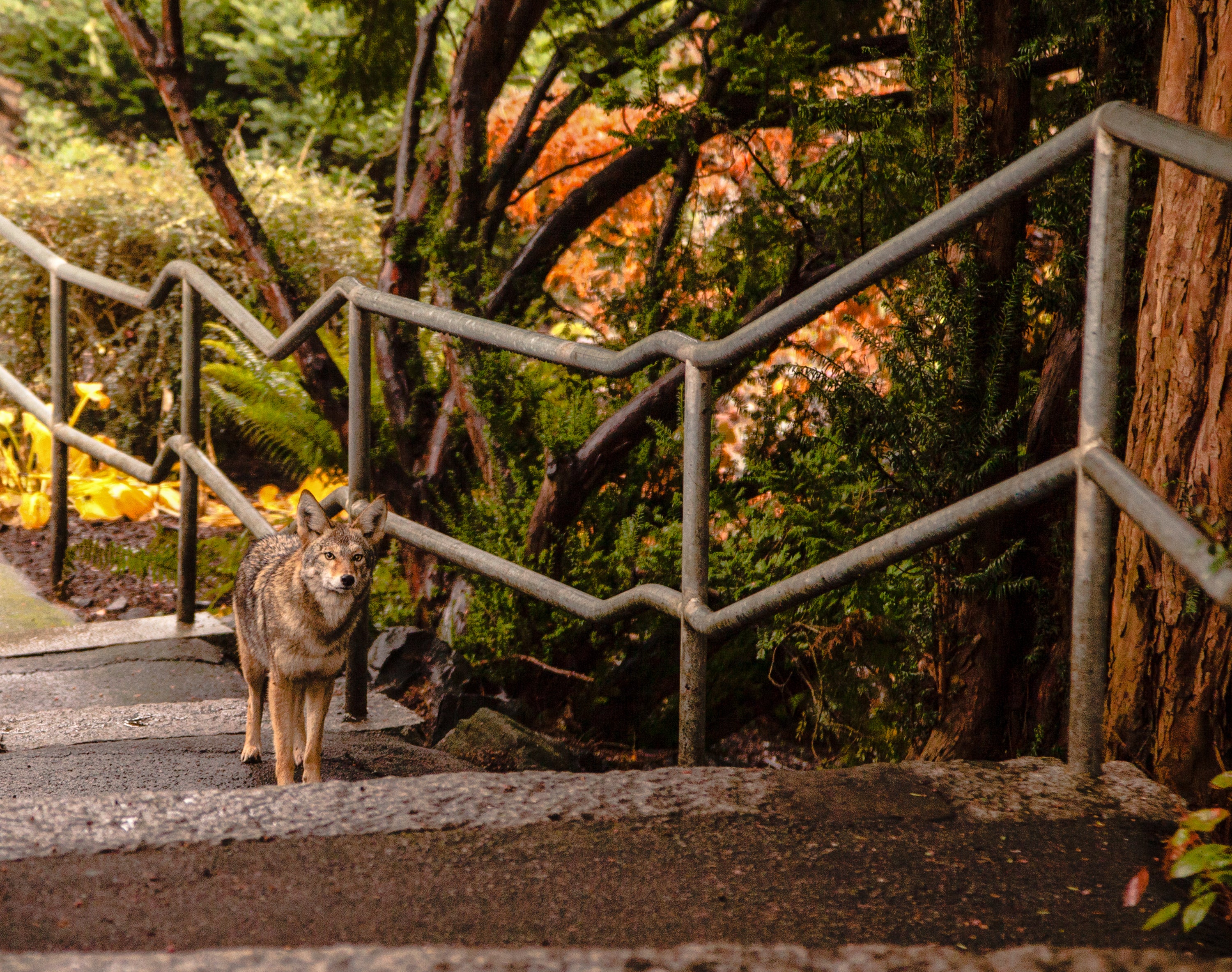 Coyotes can do really well in some cities. Los Angeles has always had coyotes, while the predators are relative newcomers to places like Chicago and New York. But how much do coyotes rely on human activity for food?

“Los Angeles is this really interesting, unique city. Coyotes occur literally across the gradient. They’re everywhere from downtown Los Angeles at the stadium where the Dodgers play, all the way into the Santa Monica Mountains in some of the more rural, rugged landscapes.”

Biologist Rachel Larson, who led a newly published study on coyotes in the L.A. area. Now at the University of Iowa, did this work as a graduate student at California State University in Northridge.

She and her team used two different methods to figure out what coyotes were eating. First, they worked with citizen scientists to collect and analyze evidence the animals left behind.

“Scat tells you what a coyote had for its most recent meal…but scat has really detailed information. When you look at the hair and the teeth and seeds and bones, you can pretty much identify almost the exact species that those coyotes were eating. But it’s only one meal.”

So the researchers also measured the proportions of different carbon and nitrogen isotopes in whiskers from coyotes.

“The isotopes tell you the general diet over a much broader timespan. For the whiskers, we think it’s approximately several weeks to even a few months’ worth of diet. It actually tells you what the coyote is digesting and assimilating into its own tissues.”

Rural coyotes stuck almost exclusively to natural food resources. In the most heavily urbanized areas, they relied on foods humans made it possible for them to get. That includes people’s cats, which showed up in around 20 percent of their droppings.

And in suburbs, coyotes ate everything. During the winter, they hunted rabbits, gophers, and squirrels. But in the drier summer months they relied more on human foods, especially on fruits fallen from backyard plants like figs, palms and grapes. The findings are in the journal PLOS ONE. [Rachel N Larson, et al. Effects of urbanization on resource use and individual specialization in coyotes (Canis latrans) in southern California]

“One of the things that our study has found is how important things like fruits are to animals like coyotes. They’re not strictly carnivorous. They’ll basically eat anything that fits in their mouth. “

By understanding these patterns, wildlife officials can better help homeowners learn to coexist with coyotes—and to keep their pets safe.

“So now we have more information about the kinds of things that are attracting the coyotes to certain areas. They love having cats around and they love having garbage and fruits around. So if we can control their access to those things, you’ll no longer see coyotes utilizing that space. There’s nothing attracting them there.”