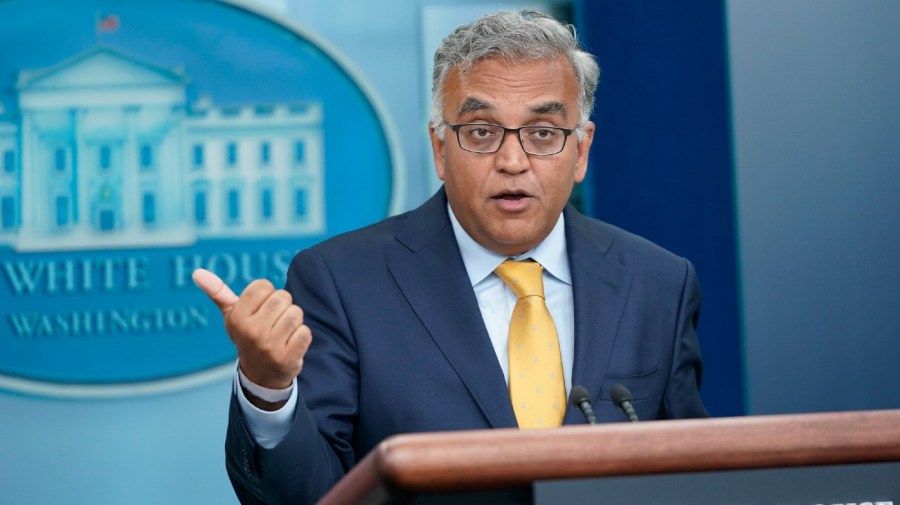 “In the U.S. right now, we’re looking at public health emergency as something that HHS might deliver but I mean, might invoke but, you know, it really depends on what does that allow us to do,” Jha told CBS “Face the Nation” host Margaret Brennan.

“Right now we have over 2000 cases, but we have ramped up vaccinations, ramped up treatments, ramped up testing, and we’re going to continue to look at all sort of policy options. Right now, we think we can get our arms around this thing, but obviously, if we need further tools, we will invoke them as we need them,” he added.

“We are seeing outbreaks that are out of control in many, many parts of the world. It’s very important that we get our arms around this thing.”

The Centers for Disease Control and Prevention reports 2,891 cases in the U.S. as of July 22. As many as 80,000 tests can be administered weekly, Jha said Sunday, and more than 300,000 vaccines have been distributed.

Jha emphasized that U.S. public health falls often to the states, and that CDC action is only well-informed when states cooperate and share data on monkeypox and also COVID-19.

The White House official pushed back against criticism of the federal government’s monkeypox response — from Rep. Adam Schiff (D-Calif.) and the mayors of New York and San Francisco — saying that the response has strengthened since monkeypox was first noticed in the U.S. two months ago.

The Biden administration has gotten a hold of a significant number of vaccines, “probably more than every other country combined,” Jha said.

“The plan here is very straightforward. We — the plan is to eliminate this virus from the United States. I think we can do that. We’ve got the vaccines, and we’ve got the diagnostic tests. And we’re gonna — you’re gonna just see more and more action from the administration.”