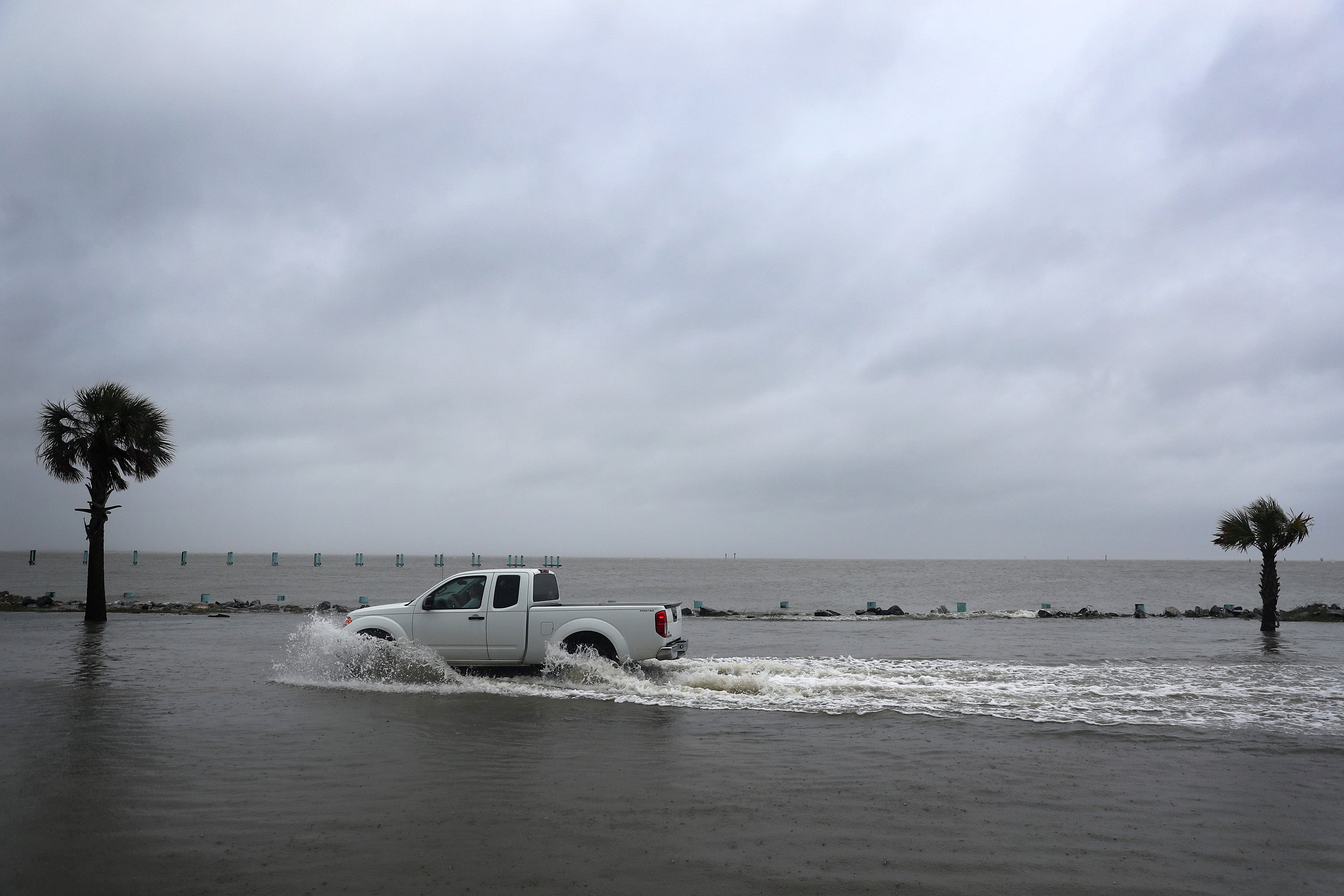 With much of the nation’s attention focused on Western wildfires, a different climate disaster arrived overnight with a roundhouse kick.

Hurricane Sally this morning is lashing parts of Mississippi, Alabama and the Florida Panhandle with torrential rain and life-threatening storm surge, according to the National Hurricane Center. By lunch, it could dump between 10 and 30 inches of rain along densely developed beaches and bays from Biloxi, Miss., to Pensacola, Fla.

“If that materializes, there will be devastation,” said Josh Alland, an atmospheric scientist and hurricane expert at the National Center for Atmospheric Research in Boulder, Colo., yesterday afternoon. “It’s not just the rainfall, which will be unprecedented for some parts of the coast, but we also have to remember the surge, which could be very large.”

Sally spent much of previous 36 hours teeter-tottering through the warm waters of the Gulf of Mexico. Experts say the storm may be slow-moving but is hardly a weakling. In fact, Sally is exhibiting some of the same characteristics of Hurricane Harvey, the 2017 monster storm that dumped more than 50 inches of rain on Houston and Harris County, Texas, flooding more than 150,000 homes.

Sally was forecast to make landfall between the Mississippi and Alabama coasts, but was tracking slightly eastward by last night—meaning severe impacts could extend to Pensacola and Fort Walton Beach, Fla. Storm surge estimates ranged from 4 to 6 feet at Dauphin Island off Alabama’s Mobile Bay.

The storm’s outer bands were passing over bay-front communities near Mobile, Ala., at 5 p.m. EDT, and winds were expected to reach 70 to 80 mph overnight. The port city of 190,000 is especially prone to storm surge because surface winds can push water up Mobile Bay toward the city, said Scott Douglass, an environmental engineer and coastal zone expert in Fairhope, Ala.

While coastal Mississippi, Alabama and northwest Florida are far less populated than Houston, the risk to life and property remains high due to the density of beachfront development and a coastal landscape marked by bays and inlets, many of which are lined with homes and businesses.

“What I’m worried about right now is the track of the storm will be just close enough to some of these bays that people are not going to be prepared,” Alland said. “Things could get even worse if it stalls out, which is very possible. It’s moving extremely slow at 2 mph. I can walk faster than that.”

In a tweet late Monday, President Trump said, “My team and I are closely monitoring extremely dangerous Hurricane Sally,” adding that the federal government stood ready to assist “the great people of Alabama, Louisiana and Mississippi.”

Louisiana was largely out of the hurricane’s cone of uncertainty by last night, but high waves and riptides were forecast as far west as southeast Louisiana.