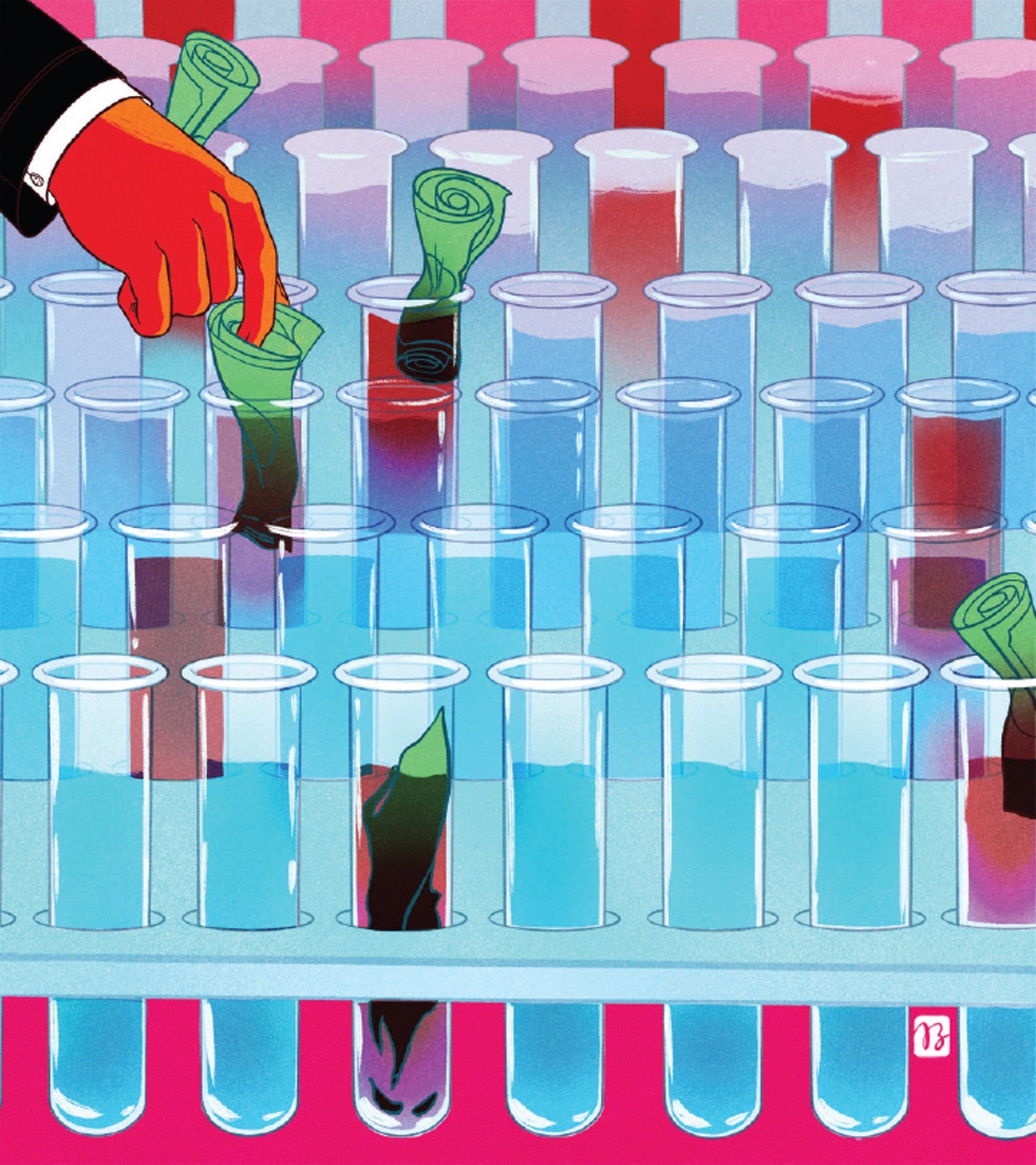 This past May, Harvard University (where I teach) issued a report on its relationship with the convicted sex offender Jeffrey Epstein. It was an admirably forthright mea culpa highlighting three areas of concern. The first was the contradiction of addressing sexual assault and harassment on campus while accepting money from a man who had promoted sexual abuse of minors. The second was the mockery made of academic standards when, after donating $200,000 to the psychology department, Epstein was appointed as a visiting fellow there despite a complete lack of appropriate academic qualifications. The third was his close connection to Harvard’s Program for Evolutionary Dynamics (PED). Even after his release from prison, Epstein continued to be a frequent visitor: between 2010 and 2018 Epstein (at that point a registered sex offender) went to the PED offices more than 40 times. During that period he had an on-campus office and a key card and pass code with which he could enter buildings during off-hours.

It is not just that an awful person was able to buy a halo of respectability. The Epstein affair brings to light a much larger problem: it undermines the integrity of the research enterprise when individuals can pick and choose lines of inquiry that appeal to them simply because they can pay for them.

Academic life is tough in part because researchers with good ideas have to compete for funding. When peer review operates properly, it identifies the best ideas to support, usually by using panels—not individuals—to see to it that a range of views is represented. The process is imperfect, but women, people of color, young scholars, investigators at nonelite universities and individuals promoting ideas that challenge conventional wisdom at least have a chance. But more than two thirds of Epstein’s donations—$6.5 million—went to PED director Martin Nowak. Epstein encouraged others to give another $2 million to geneticist George Church. Both were already extremely well established and well funded; Epstein was helping the flush get flusher. (Church notes that Epstein’s funding supported not just him but also his large and diverse team; Nowak did not reply to a request for comment.)

What made it even worse was that Epstein was a latter-day eugenicist whose interests were tied to a delusional notion of seeding the human race with his own DNA. Given this stance, it is particularly disturbing that he focused his largesse on research on the genetic basis of human behavior. Human genetics is an ethically sensitive and intellectually contested domain where it behooves us to ensure that the highest standards of scientific rigor are in place and that nongenetic explanations for behavior are given a fair chance to compete.

Scientists might claim that Epstein’s money in no way caused them to lower their standards, but we have broad evidence that the interests of funders often influence the work done. The New York Times concluded that in this case it led researchers “to give credence to some of Mr. Epstein’s half-baked scientific musings.” True or not, it should trouble us that a corrupt man was making decisions affecting research at a major U.S. university. He had no academic competence—yet he effectively made choices about which research initiatives were interesting and promising.

Moreover, when Epstein got into trouble, several faculty members defended him and even visited him in jail. When Epstein’s lawyer, Harvard professor Alan Dershowitz, needed help to argue (on semantic grounds) that Epstein was not guilty as charged, he reached out to Harvard psychologist and linguist Steven Pinker. Pinker (who never took funds from Epstein) says he did not know to what use his advice was being put and aided Dershowitz only as “a favor to a friend and colleague.” But that is precisely the point: Epstein had purchased friends in high places, and those friends had friends who helped him, even if inadvertently.

These matters have come to light because Epstein was a criminal, but Harvard is not alone in accepting tainted money. Universities need to develop policies to ensure that research funding is based on merit, not cronyism, and researchers who are seeking public trust must be able to show that their own ethical compasses are not deflected by the magnetism of money.”