Pfizer and Merck KGaA’s Bavencio has itself a leg up in the ultra-competitive bladder cancer market.

Late Tuesday, the FDA green-lighted the drug in the so-called first-line maintenance setting, for urothelial carcinoma patients who have completed an initial round of chemo and haven’t seen their disease progress. The verdict makes Bavencio the only med in the PD-1/PD-L1 class of immuno-oncology players with a go-ahead in the indication.

The decision comes on the back of data, rolled out in late May at ASCO’s virtual annual meeting, showing Bavencio could slash patients’ risk of death by 31% compared with best supportive care. Patients on the drug lived for a median 21.4 months, a seven-plus month advantage over 14.3 month-median seen in study’s the control arm.

While nearly all of Bavencio’s in-class rivals bear OKs in second-line bladder cancer, Bavencio will have the first-line maintenance field all to itself—something it can’t say for its other indications. The product boasts approvals in Merkel cell carcinoma and kidney cancer, but it’s facing down Merck’s Keytruda in both, and Bristol Myers Squibb’s Opdivo is part of the kidney cancer battle, too.

In the new bladder cancer arena, though, the partners are expecting to see quick uptake from doctors. The approval “is one of the most significant advances in the treatment paradigm in this setting in 30 years,” Petros Grivas, M.D., Ph.D., one of the principal investigators in Pfizer and Merck KGaA’s trial, said in a statement, adding that Bavencio has the potential to “become a new standard of care.”

And the need is there: Most patients see their disease worsen within 9 months of induction chemo, and only 5% of patients diagnosed with metastatic bladder cancer will live longer than five years, according to the companies.

“Our focus now is to …  ensure that this novel and potentially life-changing treatment paradigm is rapidly integrated into clinical practice,” Rehan Verjee, global head of innovative medicine for Merck KGaA’s biopharma business, said in a statement. 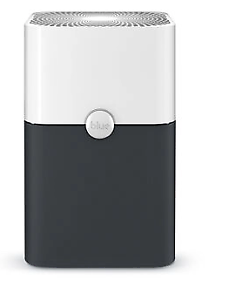