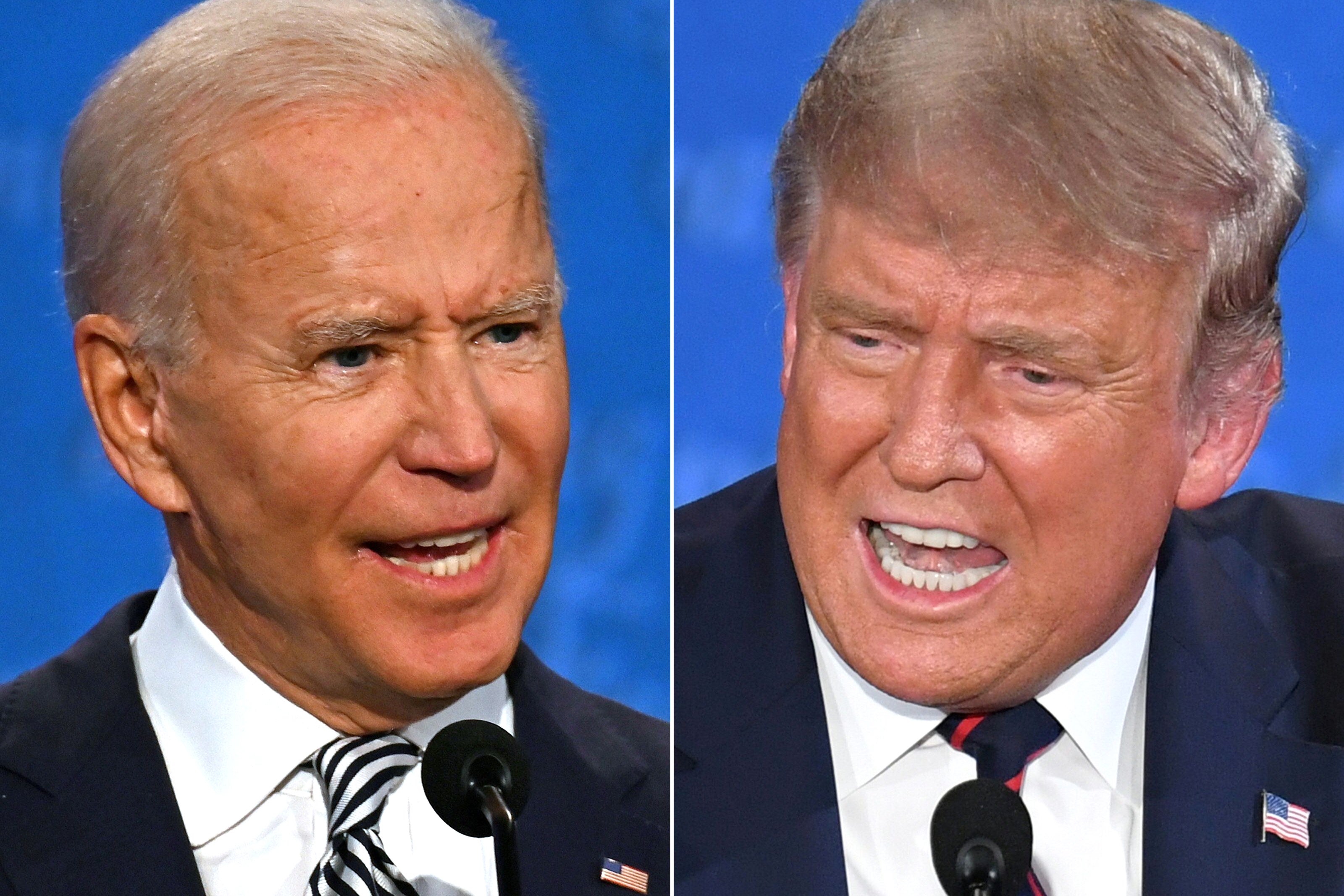 The first 2020 presidential debate did not go well for Donald Trump. Viewers were turned off by the president’s constant hectoring of Joe Biden. And many were alarmed when he not only declined to denounce white supremacists but went so far as to tell a far-right neofascist group to “stand by.” Polling by FiveThirtyEight revealed that 50 percent of people who watched the event rated Trump’s performance as “very poor.”

But while Biden clearly won the debate, this does not mean he will win the election. Studies indicate that televised presidential debates have very little, if any, impact on votes. For a variety of reasons, this observation is especially true in 2020.

“People aren’t really watching debates because they’re like, ‘I’m gonna take this time and really compare these two candidates on their merits,’” says Yanna Krupnikov, a political scientist at Stony Brook University. Most people watching have already chosen their candidate, she says, and even if that candidate does not perform well, “they already have a decision as to how they’re going to vote.”

For years, researchers have suspected presidential debates have a tiny to nonexistent influence on election outcomes. Most studies have focused on a single debate or election, however, limiting their ability to weed out potential confounding variables. “Some people are heralding the debate [in late September] as the one that mattered,” says Christopher Wlezien, a professor of government at the University of Texas at Austin. “But if you look at public opinion polls, it’s hard to really partition these things out.” The almost concurrent news that Trump and others in his administration contracted COVID-19 may have had a more consequential effect on people’s views of the candidate.

To cut through such noise, in 2019 Vincent Pons, an associate professor at Harvard Business School, and graduate student Caroline Le Pennec of the University of California, Berkeley, produced a working paper analyzing the influence of 56 TV debates on 31 elections in the U.S., the U.K., Germany, Canada and three other countries. The researchers’ data set included 94,000 respondents who were interviewed before and after an election to see who they planned to vote for and who they actually wound up choosing. The surveys took place in the two months leading up to an election, with a different set of individuals interviewed each day. This approach allowed the researchers to determine the percentage of people who had settled on their final choice as election day grew nearer and to test for any effect immediately before and after a debate.

Across all voting systems and election types, Pons and Le Pennec found that debates neither helped undecided voters to make up their mind nor caused those who had already made a decision to switch candidates. “I was surprised,” Pons says. “If you look at the numbers of people watching TV debates and at all the media attention around debates, you would think debates matter.”

Pons’s study is not the only one to conclude that debates do not, in fact, have an impact. Wlezien arrived at the same finding when he and Robert Erikson of Columbia University analyzed all available U.S. presidential election polls between 1952, when the first televised debate took place, and 2012. The best predictor for a candidate’s standing after a debate season, they found, is what it was before that person’s face-offs.

A variety of factors likely contribute to the ineffectiveness of presidential debates in helping individuals to decide how to vote. For starters, many of the people who take the time to watch debates are those heavily engaged in politics to begin with, Krupnikov says, so they have already committed to a particular candidate. In the U.S. especially, when an election actually takes place, candidates have been campaigning for months—giving Americans plenty of time to have already made up their mind. And even if something sensational does happen in a debate and causes a wider stir, the effects tend to be small and fade by the time of the election. “Debates are short-term events, so they have less effect on people’s choices,” Wlezien says. “These performances just get added into this giant pile of information.”

Also, unlike many other developed countries, the U.S. has only two major political parties—a dichotomy that contributes to deep ideological divides and a strong us-versus-them mentality. The two-party system likely lends weight to Pons’s finding: compared with citizens of other countries, American voters are significantly less likely to change their decision in the two months leading up to an election.

Given all of these observations, most people who watch debates do not view them to be persuaded but to “see how their candidate is going to dominate, smear or embarrass the other candidate,” says Jay Van Bavel, an associate professor of psychology and neural science at New York University. Regardless of what actually transpires in a debate, evidence also indicates that many viewers filter what they see in a way that aligns with their goals and identity. In unpublished results from a new study, Van Bavel found that, depending on which political party they belong to, people shown clips from a 2016 debate between Hillary Clinton and Trump selectively paid attention to different parts and remembered what happened differently. “When partisans tune into a debate, they often walk away with an opinion that just confirms what they believed before the debate began,” Van Bavel says.

Presidential debates for the current U.S. election are probably even more subject to these forces than usual. Political polarization is at an extreme high, and voters are already well acquainted with both candidates from their years in office. “The more knowledge you have of someone, the more crystalized your attitude about them is,” Van Bavel says. Additionally, early voting is happening at record levels. Millions of people have already cast their ballot, making the final presidential debate especially inconsequential.

“There’s something very counterintuitive about telling people that, actually, this debate probably won’t matter at all,” Van Bavel says. “The things that will matter in this election—probably more than any other—are voter turnout, voter registration and early voting.”