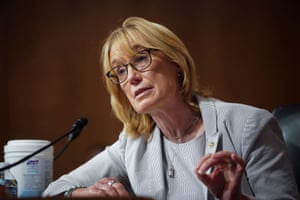 A Department of Justice internal memorandum obtained by the Guardian shows that government prosecutors found evidence that executives at the drugs giant Purdue Pharma may have committed multiple crimes, including wire fraud and money laundering, to boost sales of its billion-dollar OxyContin opioid.

The document comes to light as a new claim by US states for $2.2tn for harm from the drugmaker’s alleged role in America’s opioid epidemic was disclosed on Monday as part of Purdue’s bankruptcy proceedings.

States accuse Purdue of pushing prescription painkillers on American doctors and patients while playing down the risks of abuse and overdose. The filings cite more than 200,000 deaths in the US tied directly to prescription opioids between 1999 and 2016.

The six-page document, dated 6 October 2006, which has been sought by two separate Senate committees, comes as US state attorneys general apply increasing pressure on Purdue for the full disclosure of its practices ahead of a Purdue-proposed deal to place the company into a public trust.

The document confirms that a $654m settlement between Purdue Frederick – a company affiliated with Purdue Pharma at the time – and the government over deceptive marketing claims in mid-2007 fell far short of what prosecutors had actually sought just six months earlier.

The memo suggests that had the government accepted prosecutors’ recommendations and brought a criminal prosecution, Purdue – which the DoJ then estimated to be making $100m a month – might have been put out of business, senior executives jailed and perhaps tens of thousands of opioid-related deaths avoided.

Instead, the government agreed to limit Purdue’s exposure to claims of deceptive marketing to six years, from 1996, when the drug was introduced with first-year sales of $48m, to 2001, when sales had already reached $1.1bn. Over that period, the government estimated, Purdue’s revenue from OxyContin sales of $2.8bn.

The six-page memo, titled Proposed Indictment of Purdue Pharma LP recommended indicting the company for mail fraud, wire fraud, money laundering and conspiracy – charges that could have put the company out of business.

The memo recommends charging the Purdue executives Michael Friedman, Paul Goldenheim and Howard Udell with felonies that could have sent them to prison.

“The Indictment charges a multi-object conspiracy with the overall goal of maximizing the revenues from the sale of OxyContin through fraud, deceit, and false statement, “ wrote Kirk Ogrosky, deputy chief of the fraud section at DoJ in Washington.

Ogrosky wrote that Purdue’s crimes began in 1992 and were still continuing at the time of the memo in 2006. He wrote that Friedman, Goldenheim and Udell had lied to Congress. The memo, which was addressed to Steve Tyrrell, chief of the fraud section and Paul Pelletier, principal deputy chief for litigation, recommended proceeding with indictments that same month.

But when the justice department announced its deal with Purdue, seven months later, in May 2007, it looked very different from what Ogrosky recommended. The maker of the powerful painkiller OxyContin and three executives pleaded guilty to misleading the public about the drug’s risk of addiction.

Purdue’s deal with the government has come back under scrutiny in recent years.

In 2019, Senators Sheldon Whitehouse and Maggie Hassan requested the justice department turn over the document, stating the memo is “purported to include evidence that Purdue Pharma executives may have lied when they told Congress that they had no knowledge of the extensive abuse and diversion of OxyContin before it was made known to them in 2000”.

Contacted for comment on Tuesday, Purdue said: “We have nothing to add at this time.”

The Ogrosky memo raises significant issues. First, it provides a new clue about why Friedman, Goldenheim and Udell pleaded guilty: the memo suggests the charges against them arose from the fact that they had testified before Congress in 2001.

In August 2001, and in December, the executives claimed in congressional committee testimony that Purdue was unaware of any problems associated with OxyContin until earlier that year.

In the December testimony to a subcommittee on oversight and investigations, Paul Goldheim, Purdue’s chief medical officer, claimed that after Purdue launched OxyContin in 1996 “for the first four years on the market, we did not hear of any particular problems … February of 2000 was the first time we became aware that something different was going on.”

But none of the three executives had been in charge of Purdue during the years of the alleged crimes –Purdue’s presidents at the time were Raymond Sackler and, from 1999, son Richard – and false testimony to Congress was not part of the eventual 2007 deal.

Instead, the three non-Sackler executives, who included its president and its top lawyer, pleaded guilty as individuals to misbranding, a criminal violation. They agreed to pay a total of $34.5m in fines and were given probation.

Ogrosky’s memo also indicates that Purdue’s crimes continued much later than the justice department publicly acknowledged. The October 2006 memo said “the alleged conspiracy began in October of 1992 and continues to date.” In contrast, the DoJ’s public filings said that the criminal activity ended in July 2001.

When the charges were announced, Purdue emphasized that the crime took place “nearly six years and longer ago, [when] some employees made, or told other employees to make, certain statements about OxyContin to some health care professionals”.

Again, this was a very different story from Ogrosky’s account of an ongoing conspiracy.

Michael Quinn, an attorney for the Ad Hoc Committee on Accountability in the current Purdue Pharma bankruptcy case, speculated that 2001 was selected during the negotiations between Purdue and the DoJ probably because Purdue’s product liability insurance coverage ended in October of that year.

“Linking the end-date of the crime to Purdue’s policy termination might have allowed Purdue to recoup some defense costs, as well as cover civil liability claims that resulted from the criminal plea,” he said.

The investigations of Purdue have dragged on for decades, during which as many as 400,000 Americans have died from opioid-related causes. According to the National Bureau of Economic Research, OxyContin accounted for 65% of the national growth in overdose death rates since 1996.

Activist groups hope the publication of the justice department memo could help to pressure prosecutors to block Purdue’s demand for immunity from further prosecution as part of its bankruptcy court settlement.

“We are calling on the government to prevent Purdue and the Sacklers from buying their way out of criminal prosecution and to not repeat the shortcomings of the 2007 settlement,” says Quinn.