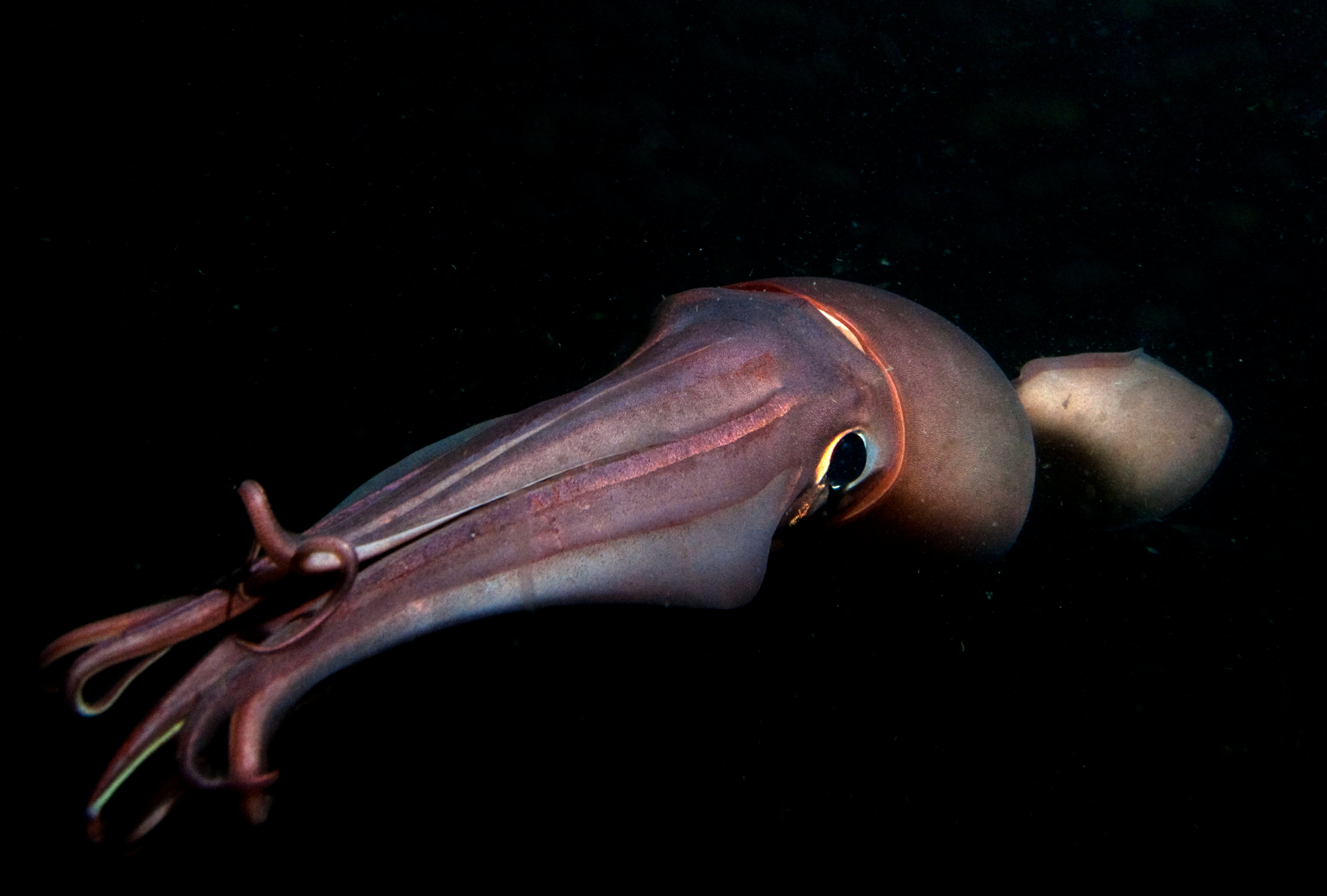 More than 1,500 feet below the surface of the ocean it’s darker than a moonless night. But even in this murky world there’s constant activity. Including groups of Humboldt squid—each the size of a small adult human—darting around in search of fish.

“You can think of them as little rocket ships. They jet through the water. And they engage in these feeding frenzies. They’re always looking out for an opportunity to eat.”

“These animals are cannibalistic, they’re pretty aggressive. So there’s probably some risk to group living. We think a lot of the communication they do in these groups helps with that. Like, imagine driving in heavy traffic with a bunch of aggressive drivers, say down in Los Angeles. Thank goodness you have turn signals and brake lights and horns on your cars because that prevents a lot of catastrophe from happening.”

Burford thinks Humboldt squid communicate in the dark ocean by using their own form of signalling. They do it by turning their bodies into animated message boards. How? Like other cephalopods, they can rapidly change the pigmentation patterns on their skin by contracting and relaxing their muscles. What’s more, their bodies can glow.

“They’re creating a bioluminescent backlighting for their pigmentation patterns. So it becomes somewhat like an e-reader, something you can actually read in the dark. They’re essentially just, you know, selectively revealing and concealing different parts of a glowing body, producing these patterns on top of a glowing body.”

Burford suspected that the squids could be combining different pigmentation patterns to create complex signals.

“So each of those elements could mean something and they might have the potential to combine them to generate more meanings.”

To find out, his team attached cameras to remotely operated vehicles in order to study the squids’ behaviour.

“We looked at how they arranged their patterns in sequence during prey capture events.”

The researchers found preliminary evidence that the sequence of patterns varies consistently in specific contexts. For example, the squid tended to flicker when many other squid were around or darken when pursuing prey, only to change their pattern just before striking.

The study is in the Proceedings of the National Academy of Sciences. [Benjamin P. Burford and Bruce H. Robison, Bioluminescent backlighting illuminates the complex visual signals of a social squid in the deep sea]

Burford eventually hopes to do underwater experiments in which the squid are shown playbacks of their visual signalling—virtual glowing squid, if you will. Their reactions should be illuminating.