A new paper published on the preprint server medRxiv in April 2020 shows that accurate infection fatality statistics can be empirically derived from the publicly available data on aggregate deaths.

The difficulty of estimating fatality ratios

In the chaotic healthcare situation caused by the novel coronavirus disease COVID-19, it has been challenging to estimate the actual severity of the disease. However, it is a crucial bit of information for those who form healthcare and economic policies.

The obstacles to measuring the actual fatality rate of the illness include the difficulty of finding out the true prevalence of infection, as well as the exact number of deaths.

It is now being thought that many infected individuals remain either asymptomatic or have very mild symptoms. This means that the early case count based on only the symptomatic testing of individuals, who, in turn, are diagnosed by the presence of symptoms determined to be those of COVID-19 by clinical studies, is very likely to be falsely low.

The current study uses an empirical approach based on the aggregate deaths and demographics, to estimate the infection fatality, that is, the proportion of fatal infections, without using official case or mortality statistics. The main finding is that if fatalities are adequately measured in a given population, it is possible to estimate a more accurate infection fatality ratio provided the prevalence in the population is higher.

In other words, when the prevalence changes from 40% to 60%, the estimated infection fatality changes significantly less than when it changes from 2% to 3%, due to the nonlinear ratios in this case.

How was the study done?

The investigators focused on a particularly severe outbreak in Lombardy, a region that was locked down on February 21, 2020. This is an area including ten towns with a population of around 50,000 people altogether. 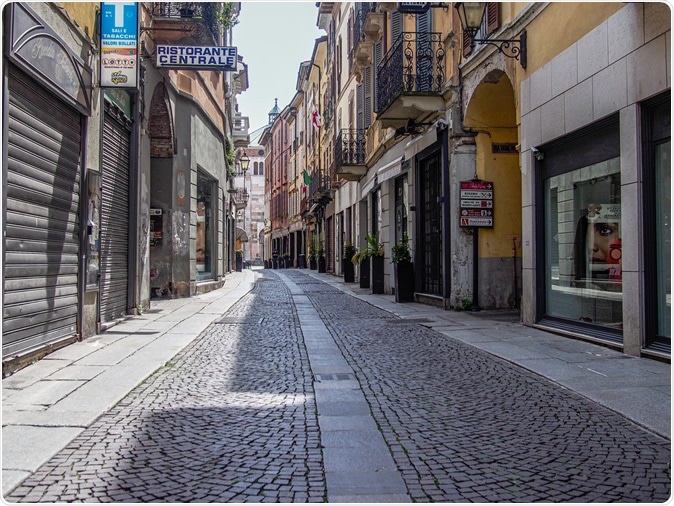 With the first reported case infected by community spread admitted to intensive care on February 20, there were 36 new confirmed positives the next day. About a third of all samples (30%) from all ten towns were positive for the antibody. In comparison, there was a 66% positivity among a sample of 60 blood donors who reported no symptoms, all from a single town under lockdown. These figures suggest that extensive community spread was already underway at this time.

The official death counts were complemented with data from the Italian Institute of Statistics (ISTAT), on the total population by age range per year from 2015 to 2019.

Overall mortality patterns were analyzed for each day from February 21 to April 4, 2020. The researchers looked at the difference between the total deaths in 2020 and the average for any year between 2015-2019, for both the total population and different age groups. The total deaths were compared to the total as well as the changes in the death rates over the past years to evaluate the irrelevant fluctuations in this measure.

What did the study show about COVID-19 infection fatality?

The researchers found that total deaths were significantly increased at the start of the period, in the last week of February, with a spike related to the start of the outbreak. This spike is much higher than any prior fluctuations. The total deaths over the study period were five times as much as any previous average.

When calculated by individual age groups, the infection fatality is much higher among those over 70 and 80 years old, but close to zero among those under 50 years, and 0.1% among the 50-60 years group.

How is this study important?

The estimated infection fatality ratio is much lower than the official estimated case fatality ratio both in the current situation and for previous influenza pandemics. This could be because the number of cases of COVID-19 is biased towards symptomatic individuals because of limited testing capacity, which prioritizes the testing of patients with physical symptoms.

A limitation of the study is that the estimates came from a period when the healthcare system was not yet facing overwhelming stress. Secondly, the area under study was under severe quarantine in this period, which probably reduced the rate of spread of infection. This may make the estimates less generalizable to situations without similar scenarios.

On the other hand, the mortality estimates did not take into account fluctuations in death rates due to other factors. For instance, under lockdown, traffic-related and violent deaths may well have fallen considerably, while other diseases may not have received adequate care because the hospitals were clogged with COVID-19 cases. The magnitude of the increase in mortality for over a month, with the return to near-average levels in the last days of the study period, seems to indicate that such fluctuations were likely to be insignificant, excluding the confounding effects of such changes.

In view of this report, policymakers should take steps to isolate the elderly age groups to prevent the extremely high mortality that is otherwise likely with the current viral illness.