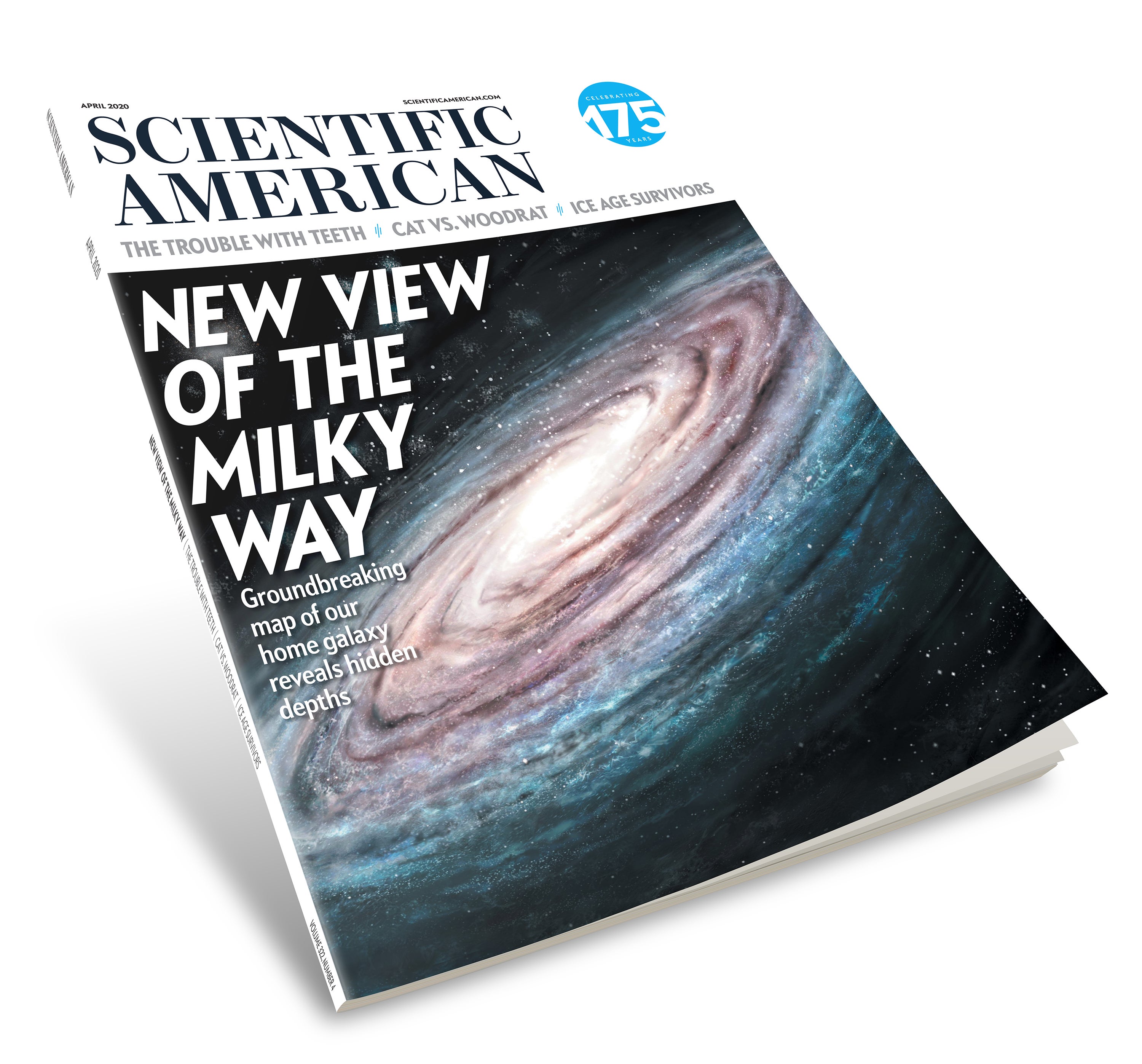 Anyone living in Manhattan can tell you that of all the wonders the urban lifestyle affords, great vistas of the city itself are not one of them. Sweeping views of this American metropolis are available only from the outside, from places like New Jersey or Queens. Researchers who study the Milky Way have the same problem. They cannot see the entirety of our galaxy, because, along with the rest of us, they’re right in the thick of it. And yet there is no cosmic equivalent of hopping the next train to Hoboken or Long Island City to gain the panoramic perspective they so desire.

Thankfully, radio telescopes offer a solution, as astronomers Mark J. Reid and Xing-Wu Zheng explain in this month’s cover story. Using thousands of hours of observations from several projects, they and their colleagues were able to map the spiral structure of the Milky Way in unprecedented detail and better pinpoint our solar system’s location therein. The result is a stunning new picture of the whirlpool of stars we call home.

Vying for the title of most amazing image in this issue is a magnificent portrait of Tullbergia mediantarctica, an animal smaller than a sesame seed. This so-called extremophile makes its unlikely home on the slopes of the Transantarctic Mountains, hemmed in by crushing ice on one side and toxic soils on the other. First glimpsed in 1964 but only rediscovered two years ago, it belongs to a group of primitive, wingless relatives of insects called springtails.

They have survived more than 30 ice ages, yet so delicate are these creatures that they shrivel and die almost as soon as the rocks under which they live are overturned. Thus, we had no idea what the outcome would be when the biologists who found them generously agreed to ship a few of the prize specimens to be photographed. But Igor Siwanowicz, a neurobiologist at the Howard Hughes Medical Institute, who specializes in capturing images of tiny creatures with a laser-scanning microscope and other tools, pulled it off with aplomb. And as journalist Douglas Fox reports, Tullbergia is now rewriting the history of Antarctica. Turn to “Extreme Survivor” to explore more.

Here’s something else to chew on: paleontologist Peter S. Ungar’s fascinating tale about the evolution of human teeth and the shocking revelation that we in the modern world have many more dental problems than our ancient ancestors. As he explains, “Although teeth endure for millions of years in the fossil record, ours cannot seem to last a lifetime in our mouths.”

That is because our chompers are “a miracle” of evolutionary design at the both macroscopic and microscopic levels, forged in the oral crucible over hundreds of millions of years. But beginning with the transition from foraging to farming during the Neolithic period 10,000 years ago and continuing through the Industrial Revolution, humans began eating softer, more carbohydrate-rich foods to which our dental environment is ill adapted. The consequences are the impacted molars, cavities and gum disease that are so common today.

Stories like these help us to understand our place in the cosmos, the history of our planet and its beguiling denizens, as well as the rather astonishing reason so many people have bad teeth. Moreover, I hope they all instill a respect for life at the grandest scales of space and time.