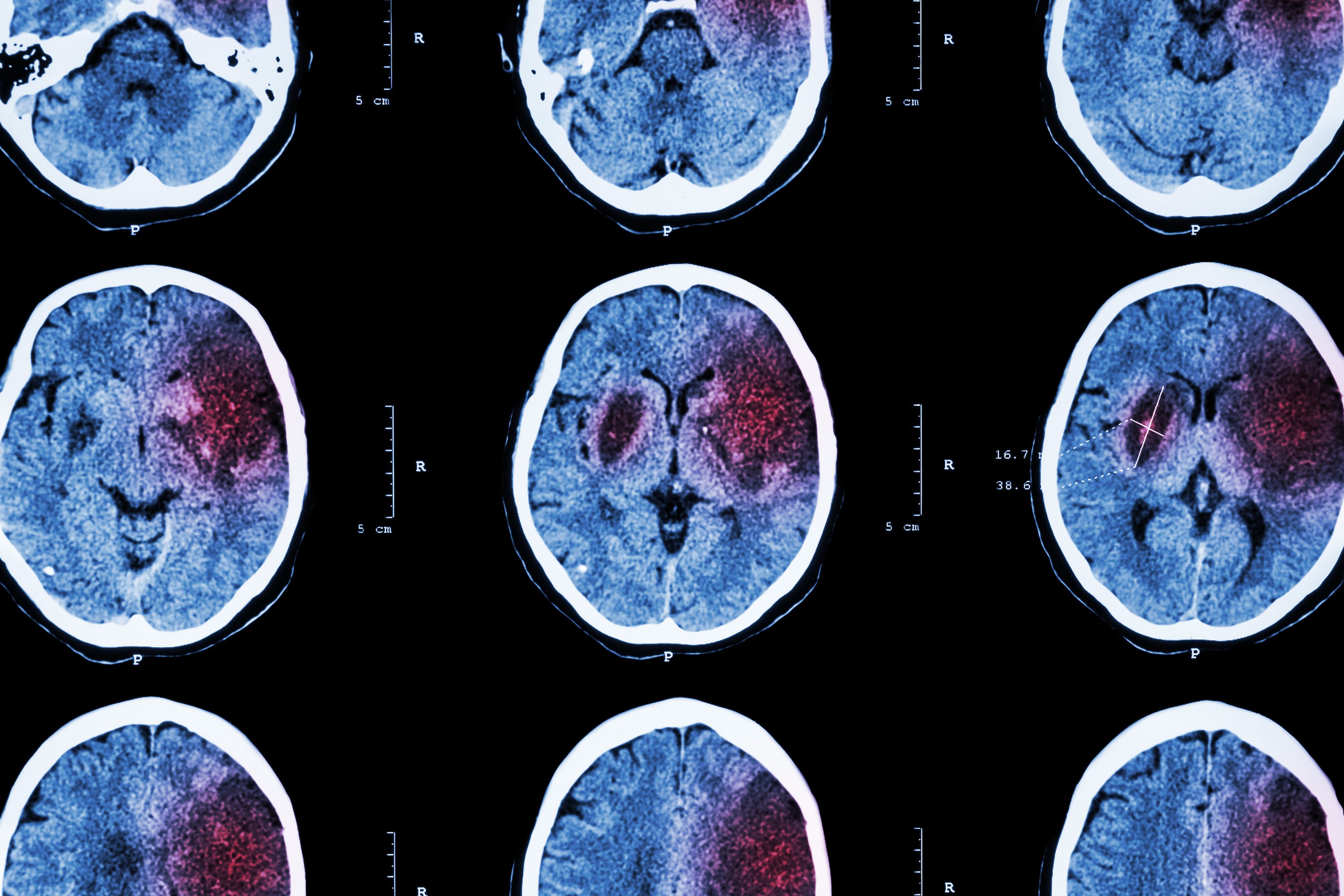 A few years ago, I was shadowing a neurologist at a hospital just down the road from my family home in Connecticut. It was a relatively slow day for the doctor, full of chart reviews and sifting through brain images for abnormalities. As she went about her paperwork, the neurologist shared her insights with me, especially when something “exciting” popped up. Even then, I remember finding it strange that the human body can be a medical educator—something to be studied, even marveled at.

I learned what an ischemic stroke looked like on a CT scan. I saw what electronic health records looked like across an assortment of patients and their health statuses, annotated by past and present health care providers. I read what doctors considered to be objective truths about their patients, truths including data points and test results that were worthy of being documented. I read the things that mattered to insurance companies and provided the doctors their paychecks. I saw a complicated system of documentation that put the medical record and physician reimbursement at the heart of “patient-centered” health care.

And I read snippets of patients’ subjective realities of their ailments that the chart authors annotated with phrases like “patient insists [x]” or “patient seems convinced of [y]” or even “patient comes in frequently, seeking attention.” It was as if the narrative of a person’s own lived experience was not trustworthy enough for science, or at least not relevant enough to be taken seriously within our fee-for-service model of health care. There was no way a patient could be the first author in their own story, a coveted role reserved for the educated, the objective—the clinicians.

In the medical field, we often talk about the fine balance between personal responsibility and social determinism in influencing health behaviors. But when patients with real concerns and conditions take their health into their own hands, they are judged, and labeled attention-seekers, when science has no answers for them. Maybe it’s because objective data is comforting to analytic, medical minds. But when no data exist to explain particular illnesses and when time is money, it becomes easier to view the body in front of you as one of a hypochondriacal, noncompliant or attention-seeking person than to truly listen and strengthen the bond of a doctor-patient relationship. Unfortunately, this attitude doesn’t make for good medical care because somehow, while looking through even the most mundane of reading materials that day—a patient chart riddled in complicated medical jargon and some abbreviations that I still have to google as a medical student—I could almost hear the chat’s author scoff in judgement.

With the rise of electronic health records and ever-improving technology, one might be inclined to believe that these changes bring more benefit than harm to health care. While on the surface this might seem true, like everything else in our world, it’s not that simple. It means patients get significantly less time with doctors and feel more neglected than ever. It means people are living longer but with more chronic conditions. It means patient-centered care is being swapped for patient-centered charts. It means care providers are less focused on patients and more concerned with the bottom line.

As a result, they are suffering from more burnout than ever before. In fact, a 2018 survey by the Physicians Foundationfound that six out of every 10 doctors surveyed (9,000 total) were either very or somewhat pessimistic about the future of the medical profession, citing electronic health record design and the patient-physician relationship for their marked dissatisfaction. In large part, this pervasive issue owes itself to shifts in medical culture from house calls and bedside manner in the early 1900s to 15-minute check-ins and a focus on profit margins in 2020.

Fortunately, however, not all health care professionals treat their patients and their bodies as medical specimens. Some physicians, like the neurologist I was shadowing, take the time to know their patients—and their families—beyond medical charts and insurance documentation. Because it can be difficult to mentally construct patients’ lives and narratives from the medical lingo of their charts, the doctor filled in the gaps for me that day. She gave life and meaning to abridged notes and otherwise apathetic paperwork. She told me about a young man who was likely taking his last breaths following a combined alcohol/cocaine/narcotics overdose.

While I was there, she was called to the ICU to examine him for the nth time in as many days. On the elevator ride up, she told me he was a college student who had been doing careless college student things. Her motherly disappointment was laced with a hint of sadness. I figured cases like these were commonplace for her, but it was humbling to see her humanness, especially since I didn’t know what I was walking into that day. I wondered what it meant to be an overdose patient in a culture that was full of overmedicating, over-testing and over-charting, none of which offered an iota of humanity to a patient on the verge of death or a family nearing an irreplaceable loss.

She led me to her patient’s room in the ICU. He was no more than a year or two older than I was at the time. As I watched the ventilators help his limp body inhale and then exhale, I imagined he might have had a bright future ahead of him. I thought about the college party that allegedly landed him in this place. I wondered if he had been addicted or could’ve been helped. I wondered who he would be leaving behind. I said a silent prayer for him as the doctor examined him, once again confirming a poor prognosis.

Quick footsteps approached. The doctor stepped into the hall to greet her patient’s mother. It became clear that his mother was just as much in need of the doctor’s warmth and care as he was. And because the neurologist was what I considered to be a good doctor, maybe even a rare one, she recognized it too. I listened as the doctor relayed a difficult prognosis. I watched the mother clutch her prayer beads so tightly her knuckles turned white. I learned that her son attended an Ivy League university and would be leaving behind a seemingly supportive and, at the moment, extremely distraught family. “I know he’ll be okay” she argued. She had seen him move. I remembered learning that overdose-related comas can result in elevated levels of motor activity due to the drugs’ effects on the brain stem. Contrary to what a hopeful mother might believe, this was not a reflection of consciousness or active motor reflexes.

The doctor, though she spoke matter-of-factly, delivered her professional opinion with patience and kindness. She was present for the mother. She understood that the lifeless young man in front of her was not just a body or another looming overdose death. He was someone with a family, a life that was worth living. She also saw a grieving mother before her who would soon have to make peace with this tragedy. Observing their interaction, I could see that most of the medical information the doctor shared flew past the woman’s ears. She was a mother, and she knew what she had seen; she fully believed that her son was on the cusp of waking up again. As a physician, the neurologist knew he wasn’t going to get better; the damage was too far gone.

That day, I saw that ultimately it is not the language of science or evidence-based medicine that consoles real human beings facing real loss. It is not the objective medical gaze or microscopic view of the body as a specimen that provides comfort or reassurance. It is not the contrived form of empathy we are taught to show our patient-actors in our clinical skills courses that builds trust between doctors and their real patients. A scripted “Oh, I’m sorry to hear that. That must be so tough for you,” only goes so far when you’re caring for the sick and dying and their family members. In the end, the reality of medical practice and the doctor-patient relationship is about the impulse of being human, the vulnerability of being ill, and the process of healing, all of which we share in but so often forget in the process of becoming “professionals.”

But in this instance with the neurologist, I saw what it meant to look beyond a patient’s chart and to deviate from the feigned sympathy script of a medical school doctoring course. I saw a young man as a patient, a person with his own story; a mother in sorrow, no less a patient in that moment; and a doctor with oodles of knowledge standing quietly in solidarity with her patient’s mother. The neurologist reached her hand out and the mother graciously accepted her show of comfort, genuine and uncontrived. That, to me, is patient-centered care. I’d be curious to see how a medical school might script that or how an electronic health record or insurance company might capture it for reimbursement.