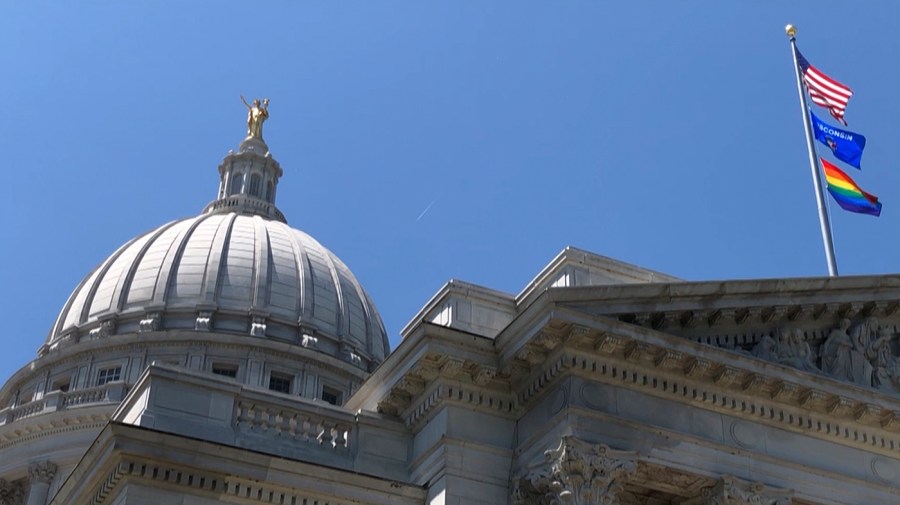 Wisconsin LGBTQ advocates and lawmakers are recalibrating after state GOP legislators last week voted for a second time to block a ban on conversion therapy from taking effect.

“I’m very concerned about young people in Wisconsin who live in communities where it is once again allowed, being subjected to this really cruel and unscientific form of therapy,” state Rep. Greta Neubauer (D), one of six openly LGBTQ members of Wisconsin’s Republican-controlled legislature, told The Hill.

“Conversion” or “reparative therapy” is a blanket term that refers to a host of interventions designed to change a person’s sexual orientation or gender identity. It’s been denounced by major medical organizations including the American Medical Association (AMA) and the American Psychological Association, in part because such practices are underpinned by a belief that LGBTQ identities are pathologies that need to be cured.

Twenty-one states and the District of Columbia have laws or policies in place that ban conversion therapy for minors, according to the Movement Advancement Project, a think tank that tracks state legislation impacting the LGBTQ community. Five states, including Wisconsin through a 2021 executive order issued by Evers, have partial bans.

Three states — Alabama, Georgia and Florida — are unable to enforce bans on conversion therapy because of an injunction in the Eleventh Circuit that prevents them from doing so.

While members of the religious right have posited that conversion therapy – often administered by religious leaders or institutions – can be beneficial to individuals struggling with their identities, Wisconsin Republicans claim their decision to block the state’s ban had nothing to do with the practice itself, but whether the state Department of Safety and Professional Service (DSPS) could legally enforce the ban under Wisconsin law.

A DSPS examining board responsible for licensing counselors, social workers and marriage and family therapists in 2020 developed a rule that classified conversion therapy as unprofessional conduct. State GOP lawmakers suspended that rule during the 2021 legislative session, calling it government overreach.

The rule briefly went back into effect in December, at the end of last year’s legislative session, prompting last week’s vote.

Neubauer said she’s expecting GOP lawmakers to introduce legislation this year to permanently strike down the DSPS rule — despite the high likelihood of a veto by Democratic Gov. Tony Evers — “effectively reopening the opportunity for people to perform conversion therapy in Wisconsin for the next two years.”

Neubauer, who serves as Wisconsin’s House minority leader, said the legislature has hit a dead end in terms of passing a statewide ban on conversion therapy, and Democrats will likely have to wait until the next election cycle to make any meaningful strides.

“We do not have another option right now,” she said.

Still, several communities within Wisconsin, including the city of Racine, which Neubauer represents, have instituted bans on conversion therapy within their own boundaries, and more are coming down the pike.

In the absence of legislation prohibiting conversion therapy in states such as Wisconsin, advocacy groups are working behind the scenes to stop the practice, even if it means taking on health care providers one by one.

Mathew Shurka, the co-founder and chief strategist of Born Perfect, a civil rights group working to end conversion therapy nationwide, said his organization frequently encourages conversion therapy survivors to file complaints against their health care providers with their state licensing board, in multiple instances resulting in the revocation of the provider’s license.

“These people hide behind their licensure to make themselves credible,” Shurka, who was sent to conversion therapy from 16 to 21 years old, told The Hill. “They know they’re not supposed to be doing these things.”

As a teenager, Shurka said, his own therapist prescribed Viagra to help him have sex with women, among other unethical practices. At the time, he didn’t understand that what was happening to him was wrong and trusted his health care provider to make decisions with his best interests in mind.

“I loved my therapist, I thought he was a great guy,” he said. “That’s what’s so dangerous about a professional creating a safe space and inviting you into something that’s completely discredited and shaming you and giving you no option out.”

Multiple inquiries have found that the effects of conversion therapy are damaging and long-lasting.


Biden to issue memorandum to protect access to abortion pills

A 2020 report from the Williams Institute, a public policy think tank, found that lesbian, gay and bisexual people in the U.S. were nearly twice as likely to report having suicidal thoughts when they were exposed to conversion therapy.

The same study found that 7 percent of lesbian, gay and bisexual 18- to 59-year-olds had experienced conversion therapy at some point in their lives, most of them from religious leaders, but approximately one-third from a health care provider.